'Kaifu what is his problem', hero in IPL, becomes zero for West Indies! Ravi Shastri asked a question
Advertisement 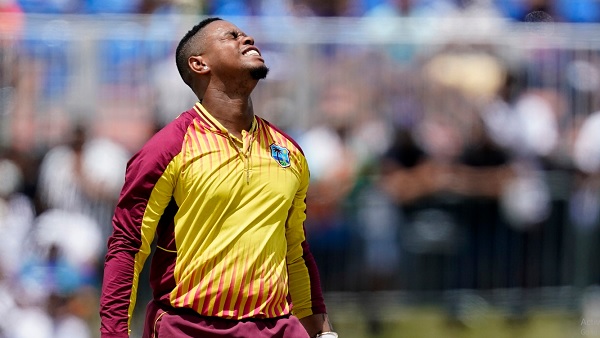 The recent series against India was no different. West Indies team’s batting unit failed once again and India won the final T20 match by 88 runs. With this, Rohit Sharma & Co won the T20I series 4-1. This is the poor performance of the West Indies team that people are talking about.

Even five years ago this team was great

The team, once considered one of the most dangerous T20I teams in the world, is no longer a shadow of its past. With the retirement of Chris Gayle, Kieron Pollard, Dwayne Bravo and the absence of Andre Russell and Sunil Narine, the team is not up to the mark. But a few years ago this was not the case. Even five years ago this team was great.

What is their problem?

This is the reason why former India coach Ravi Shastri was quite surprised by the Caribbean team’s failure to perform. In a show for Fancode, Shastri asked former Indian batsman Mohammad Kaif about the problems faced by the players.

Shastri asked on live television on Fancode, “Kaifu, you played IPL for so many years. He plays in IPL, and he’s very influential. So what’s his problem? Why doesn’t he play for West Indies? Did you talk to him? of what?”

Mohammad Kaif also worked with many players. He has also been the coaching part of the Delhi Capitals team. Kaif said that T20 leagues across the world give him the money and fame that the national team fails to provide. So they are very motivated to play in IPL and less motivation for West Indies team.

Pooran also has to be Pollard

“The point is they get a lot of matches to play overseas. They can get both fame and money. So that’s the difference. I also think their former cricketers should give these players time (to give time to West Indies). failed to explain.

Kaif also expressed how the current captain and management can convince all the players to give time to West Indies. Giving credit to Pollard, he said, ‘When Pollard was the captain, he did a wonderful job. He made a great team. They had Russell, Bravo, Simmons. Pollard convinced him to play for the Windies.

Fans were furious over not giving this player a place in the Asia Cup, said – the fault of the selectors should not be the reason for the defeat

‘Play in Pakistan, Neeraj, if you win with Arshad, he will shower love with Pakistan as given to Milkha Singh’