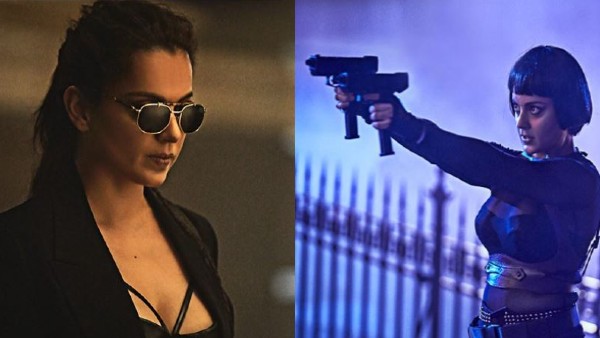 Mumbai, May 14:
These days Bollywood actress Kangana Ranaut is busy promoting her upcoming film Dhaakad. The film will be released in all theaters on May 20. Recently, Kangana Ranaut reached Delhi with Arjun Rampal, Divya Dutta, producer Deepak Mukut and director Rajneesh Ghai. During this, his entire team told about his main character. At the same time, Kangana Ranaut also made a new disclosure about the film.

Kangana thanks Rajneesh Ghai
Talking about her character, Kangana Ranaut said that, I would like to thank our director for taking up this project and doing a film with me while everyone suggested him, ‘How do you do your first film with Kangana? can.

Kangana revealed this
Kangana further said that, I wanted to use fake guns for this film because I got hurt during the shooting of ‘Manikarnika’, but my director wanted me to use real weapons. Kangana Ranaut has claimed that, “This film has the longest fight sequence in Hindi cinema, around 14 minutes.”

main character of kangana
Let us tell you that Kangana Ranaut always brings something different in her film. This time she will be seen in a very strong role. Kangana is playing the role of a tough and tough girl named Agni in this film. At the same time, Arjun Rampal is in the role of Rudraveer in the film. Kangana Ranaut is very excited about this film. But now on May 20, it will be known how much the public likes this character of Kangana.

Asha Negi said – OTT has opened doors for TV actors, what has changed

“I don’t mind” Ranveer Singh gave a befitting reply to the trollers!