Kangana Ranaut's big flop, only 20 tickets sold in the country, no buyers on OTT!
Advertisement 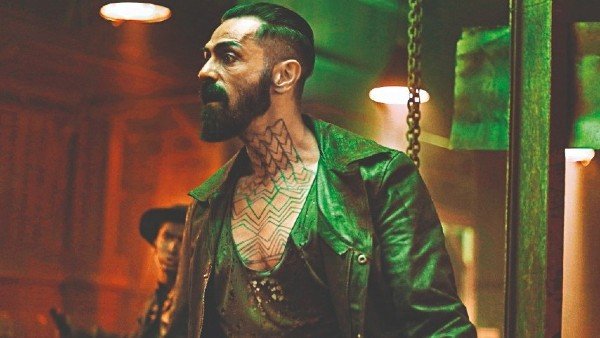 Kartik Aaryan’s Bhool Bhulaiyaa Jahan is crossing the 100 crore mark at the box office. On the other hand, the condition of Kangana Ranaut is looking very bad. According to media reports, hardly 20 to 30 tickets are being sold in Dhakad. That too not in any one cinema hall, but this figure is inclusive of every cinema hall in the country. Kangana Ranaut’s film Dhaakad has earned only close to 3 crores in total since its release till completing eight days.

The total budget of this action-packed film of Kangana Ranaut has been close to 90 crores. In such a situation, Kangana has got the biggest flop film of her career. Alam is that this film of Kangana Ranaut is not getting a place to be released on OTT. Let us tell you that Dhaakad film has been directed by Rajneesh Ghai. Apart from Kangana Ranaut, the film also stars Arjun Rampal, Divya Dutta in the lead roles.

According to the report of a website, the makers are struggling hard to get themselves released on OTT. No buyer is being found to buy satellite rights of the film. It is being told that the makers were fully expecting that Dhaakad would earn a bumper after which it would be released on OTT with a big deal.

More so, it is seen that OTT rights are sold before the release of the film. Dhaakad was released in 2100 screens across the country. The film was shelved from several single theaters and multiplexes three days after its release. In front of the maze, he lost his breath. Kartik Aaryan’s Bhool Bhulaiyaa 2 is a horror comedy film. Which is going to cross the 100 crore mark at a fast pace. The budget of the film has been around 50 to 60 crores.

Johnny Depp’s Net Worth: Actor Spends $1.8 Million A Year On Bodyguards, Owns 14 Properties Across The World

Name plate worth lakhs missing outside Shahrukh Khan’s bungalow ‘Mannat’, is this the reason?