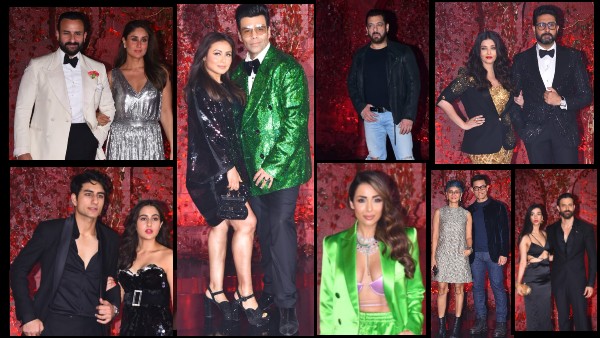 25. Rohit Shetty and the stars of his next two projects Circus and Indian Police Force 26. Ranveer Singh – 27. Siddharth Malhotra

Time will come and time will go, but 31. Tabu and 32. Raveena Tandon’s beauty will go away.

Best friends 51. Janhvi Kapoor and 52. Sara Ali Khan came to this party only to create havoc.

54. Juhi Chawla also reached this party with her son and husband Jai Mehta.

Parineeti seen in a different style

Manushi became a star before Prithviraj

68. Aryan Khan, 69. Jackky Bhagnani, his girlfriend 70. Rakul Preet Singh, Brahmastra actress 71. Mouni Roy along with her husband Sooraj Nambiar were a part of the celebration.

72. Aditya Roy Kapur looked handsome as ever, while 73. Kajol looked as in a hurry as ever. 74. Aamir Khan and his ex-wife 75. Kiran Rao attended this party together.