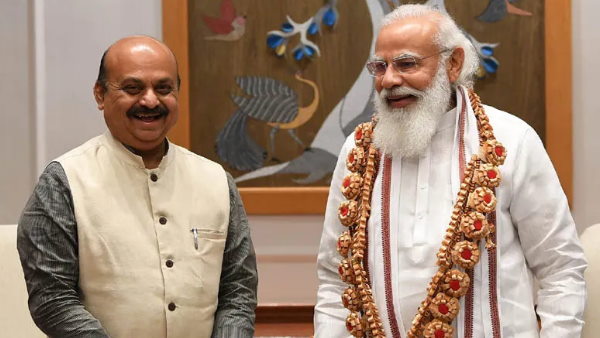 Leader of Opposition in the Karnataka Assembly Siddaramaiah on Friday took a jibe at the RSS, questioning whether people associated with the organization were “native Indians”, “Dravida” or “Aryans”. Siddaramaiah’s remarks drew sharp reactions from several leaders of the ruling Bharatiya Janata Party (BJP) in the state. Siddaramaiah had said in a program organized to commemorate Nehru’s death anniversary here that Modi and Nehru cannot be compared.

Siddaramaiah had said, “Where is Nehru, where is Modi. It is like comparing land and sky, there is no comparison… He (Modi) has ruined all the good works of Nehru like five year plans and other plans. Responding to Siddaramaiah’s remarks, Bommai on Saturday said such comparisons cannot be made and that Modi has taken stronger steps than Nehru when it comes to national security and unity.

The Karnataka Chief Minister took a jibe at the opposition, saying that, of course, he (Modi) cannot be compared with Nehru, because when China invaded India (in 1962), Nehru attacked the border areas without taking proper steps. (to China), while Narendra Modi has stood firm and protected our border areas (in the recent border skirmishes).

Bommai said that PM Modi never compromised with Pakistan. He has worked for the unity and integrity of India, there are many examples of this. Modi has made India strong, so no question of comparison arises. On the other hand, on Siddaramaiah’s remarks about the RSS, the Chief Minister said, “I ask from where did Siddaramaiah come, is he a Dravidian or an Aryan. Let them know first.

Kerala: Father of boy who raised controversial slogans in PFI rally arrested, was absconding for many days