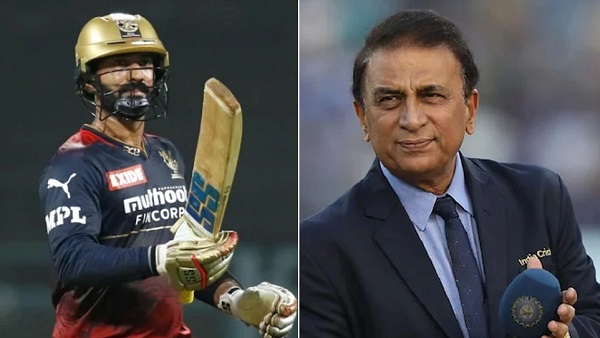 New Delhi. Dinesh Karthik has performed well in IPL 2022 while playing for Royal Challengers Bangalore (RCB). Looking at Karthik’s innings, many experts believe that he should be included in India‘s squad for the T20 World Cup to be held in Australia later this year. At the same time, great batsman Sunil Gavaskar has also said that Karthik is working hard to return to the national team. The veteran keeper last played in the 2019 World Cup semi-final against New Zealand in Manchester in the last international match.

Speaking to Sports Today, Gavaskar said, “I spent a lot of time with him last year. We spent about 10-12 days in quarantine in Belgrade, Serbia, where we practically met for 12 to 14 hours a day, in the afternoon. Have lunch, dinner and snacks. Spending time with him I saw how eager he is to return to the Indian team. He was keen to be a part of the team in the last T20 World Cup too, but not at all That year’s IPL was not that good for him.

He added, “But the way the IPL is going for him at the moment, I believe he should be very much ahead in the race for India in the October tournament, maybe even before that for South Africa, even ahead for England.” Should be. I believe he should be in the team.” Karthik, the Tamil Nadu cricketer, has been RCB’s savior on several occasions in the ongoing IPL 2022. He has so far scored 274 runs in 12 matches at an average of 68.50 and a strike rate of 200, including one half-century. The veteran has also remained unbeaten on eight occasions. There are two more league games left. RCB would like to win a match at any cost as they are eyeing straight to the playoffs.

This new captain flourished even in defeat, he is very capable, Gavaskar has to see his adventure in T20 WC