Kashmir Files: The incident of feeding rice dyed with blood of husband to his wife, know the whole reality
Advertisement 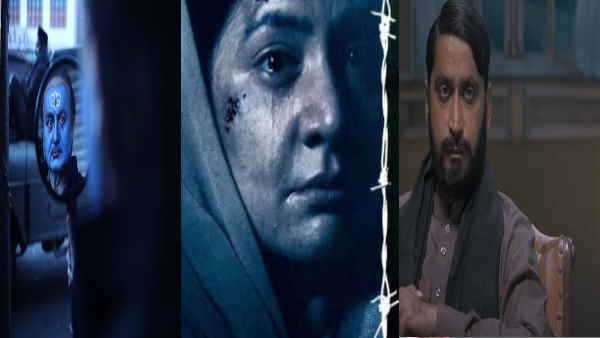 The shocking truth has come after four years of research

Let us tell you that the director of this film made on the massacre of Kashmiri Pandits, before taking it on this screen, for four years not only in India but abroad, he heard the painful story of Kashmiri Pandits living abroad and did research on it. After that, by bringing a real accident on the screen, has brought the heart-wrenching truth in front of everyone.

The story of the tragic murder of Balakrishna (BK) Ganju

The story of the traumatic murder of Balakrishna (BK) Ganju shown in the film is one of the hundreds of painful stories of the genocide of Kashmiri Pandits in 1990.

Balakrishna (BK) Ganju whose father is played by Anupam Kher. That Ganju’s story is real. The Kashmiri Hindu exodus was the result of a rebellion that scared the Pandits from their Muslim brethren. It was a dark time when one could not trust anyone and the fake idea of ​​secularism and so called Kashmiriyat was exposed. The same fate happened to Kashmiri Pandit BK Ganju.

BK Ganju was a telecom engineer

Muslim neighbors had indicated this to the terrorists

Ganju ran to the third floor of his house and hid himself in a rice drum. The terrorists searched the entire house, but they could not find it, but the Muslim neighbors of Ganju told the terrorists that he was hiding in a container of rice.

Ganju, locked in a rice drum, was roasted with bullets.

He was shot in the same drum and rice was bleeding. As they left, the terrorists shouted, “Let the rice soak in your blood and let your children eat it. Ah, what a delicious meal it will be”.

The wife was fed rice soaked with blood

Ganju was only 30 years old at that time. After roasting Ganju in a rice container with bullets, his blood was seeping out of the hole in the drum. The terrorists had fed Ganju’s blood-stained rice to his wife. To save her children, she ate rice soaked with her husband’s blood.

In 2019, Famous Columnist Sunanda Vashisht had also mentioned this incident of BK Ganju and then she also said “People like BK Ganju only got cheated in return for trusting the neighbors”.

The Kashmir Files: When the release was banned in New Zealand, the former Deputy Prime Minister came out in support, said this thing

Kangana praised Munawwar Farooqui in lock up show, but gave warning for cunning