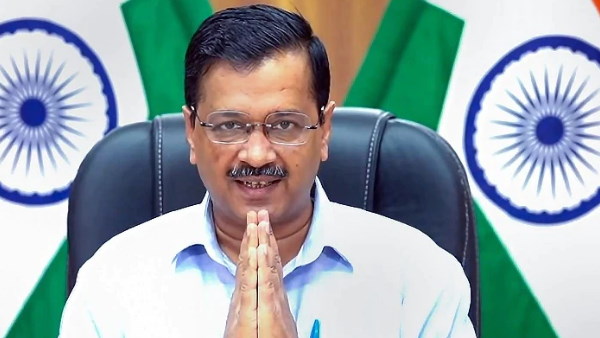 New Delhi, May 25: A team of displaced Kashmiri Pandits living in Delhi reached Chief Minister Arvind Kejriwal’s residence today. These people along with Aam Aadmi Party MLA Saurabh Bhardwaj from Greater Kailash had come to meet CM Arvind Kejriwal. During a meeting with CM Arvind Kejriwal at his residence, Kashmiri Pandits said that we were very eager to meet you. He said that we are very discouraged and worried. Only politics is happening with us. Till now, only vote politics has happened with us.

During this, Kashmiri Pandits also put their problems in front of CM Arvind Kejriwal. CM Arvind Kejriwal took their problems seriously and directed that all the problems of displaced Kashmiri Pandits living in Delhi should be resolved soon. He said that some shops have been shifted near his INA. There is a problem of electricity, which should be resolved soon. The CM instructed that if there is no transformer there, then the transformer should be installed. Whatever expenditure comes in it, it should be given by the government. Also, if the compensation of 17 people whose shops have been shifted is withheld, then it should also be released at the earliest.

During this, Kashmiri Pandits submitted a memorandum to Arvind Kejriwal saying that we have been shifted to INA market by PWD flyover division, but the newly allotted Kashmiri migrant market has not got electricity connection. Instead of providing electricity to our 36 shops, the electricity company has demanded an affordable amount for electricity installation and electricity connection. We are displaced Kashmiris and have been victims of displacement time and again. It is not possible to pay such a huge amount for Kashmiri migrants. Our businesses have also suffered greatly due to frequent disruptions. At the same time, he said that we were also promised compensation for shifting of shops. Other markets have received compensation per shop. But we have not been given any relief in kind or in cash. We hope that the Delhi government will look into the matter personally and direct the departments to provide electricity connections with compensation to 36 shops without any delay.

Mehbooba should tell which BJP leader raised the issue of which temple in which court: Home Minister Anil Vij