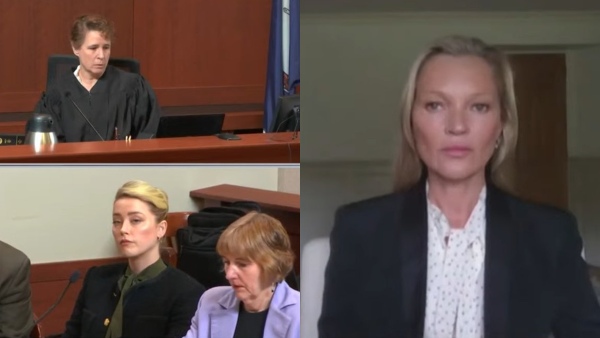 ,We were leaving the room and Johnny left the room before I did. There had been a rainstorm and as I left the room I slid down the stairs. I hurt my back. And I screamed because I didn’t know what had happened and I was in pain,” she said.

Kate Moss, who appeared via video call from England, also added that Johnny Depp came running back to help her, carried her to the room, and got her medical attention. When Depp’s team asked her if he ever pushed her from the stairs, Moss replied, “No, he never pushed me, kicked me or threw me down any stairs.,

For the unversed, Amber Heard had recently alleged that Johnny Depp had pushed his former girlfriend Kate Moss from the stairs. However, Moss, who was in a relationship with Depp for three years (from 1994 to 1997), dismissed Heard’s by opening up about the actual incident. The British model was not crossed examined by Amber Heard’s lawyers as the request was denied by the court.

The Hindi dub of Mohanlal’s Odiyan crosses 10 million views, the superstar says this!