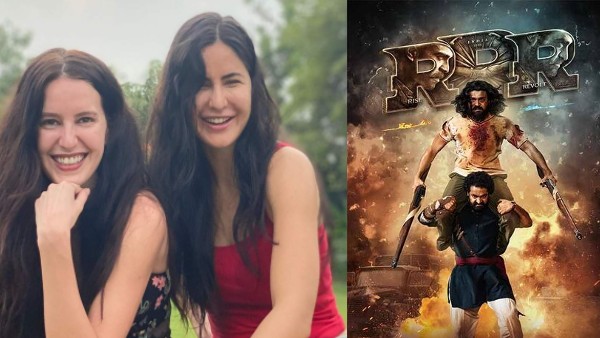 The film was first signed by British actress Daisy Eager Jones. Daisy had to leave the film due to personal family reasons, after which Rajamouli’s team was in a lot of trouble. The shooting of the film had already started and a heroine was needed as soon as possible opposite Jr NTR.

Isabelle got an offer

The character was quickly offered to Katrina Kaif’s sister Isabelle as Isabel was perfect for Jennifer’s character. This film could have been a good start for Isabelle but Isabel exercised restraint and decided not to do a small role.

When Alia Bhatt was offered the role of Sita in the film, Jr NTR’s opposite Parineeti Chopra also got the offer. Parineeti was excited for this but she was already on a break in her career and she was uncomfortable to make a comeback with a cameo. He rejected this offer.

After Parineeti Chopra, this offer went to Shraddha Kapoor. But Shraddha was surrounded by many films at that time. These included Sridevi’s Chaalbaaz remake, Naagin trilogy and Luv Ranjan’s film. Shraddha did not have any dates left for Rajamouli’s film and she rejected the offer of the film.

Famous Telugu actress Samantha Akkineni’s name was also associated with this film, but Samantha denied these reports and said that if she had such an offer, she would not even delay to listen to the script and without knowing what the role is, she has signed the film. Would have been

Finally, Jennifer’s character came in the part of British actress Olivia Morris who made her film debut with RRR. Olivia is getting a lot of praise from the audience for her character.

Will Smith Once Slapped Prankster Who Tried To Kiss Him On Red Carpet; Accidentally Punched Actor In The Jaw