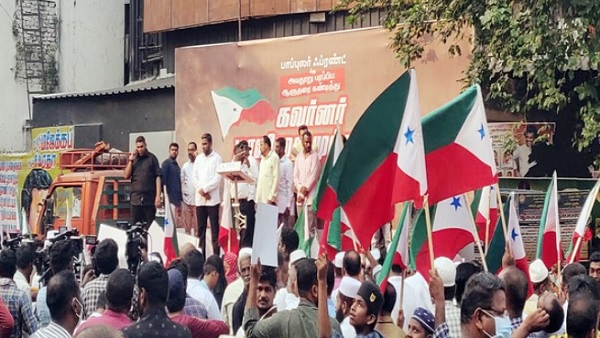 Thiruvananthapuram (Kerala) , 28 May: Kerala Police has arrested 18 more people for raising provocative slogans at PFI rally. Kerala Police said, “These were the people who were repeating the slogans raised by the child. Two people were arrested earlier.” The Kerala High Court has directed the police to take appropriate action against the Popular Front of India in connection with the alleged provocative sloganeering in connection with the May 21 rally in Alappuzha.

Know what was given inciting slogan

This posed a direct threat to the Hindu and Christian populations living in Kerala, with the PFI warning that they would face the death penalty if they did not line up.

Kerala Police on Tuesday registered a case against PFI Alappuzha district president Navas Vandanam and district secretary Mujeeb for hate speech under section 153A of the Indian Penal Code (IPC).

‘Death and rape threats to me and my family…’, why BJP leader Nupur Sharma’s life is in danger