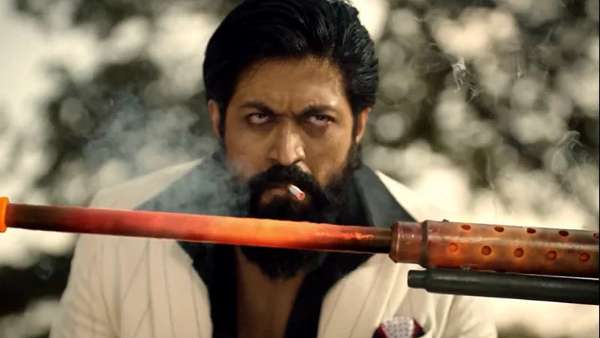 KGF 2, directed by Prashanth Neel, has spent 6 days in theaters and the film is creating panic at the box office. The film has set many new records since its release, which is going to be very difficult to break for any film in the future. Let me tell you, the film has collected around 240 crores in Hindi in just 6 days.

At the same time, the film has entered the 600 crore club at the worldwide box office. The film’s worldwide collection in five days has been 625.12 crores. After which it has been included in the top 9 films of India.

This film of superstar Yash was released on more than 10 thousand screens worldwide. The film started setting records from here. Yash, Sanjay Dutt, Raveena Tandon starrer this film is getting great response from the audience.

Not only in the South, but in the Hindi market as well, the film has earned more than expected. In Hindi, the film crossed the 200 crore mark in five days, which is a record.

KGF 2 became the first Kannada film to reach the $5 million mark in the USA in just 5 days. The film has so far collected 38.89 crores in the USA.

KGF 2 has also created history at the Kerala box office. Has become the fastest film ever to cross the 30 crore mark in the state in 5 days. The film has so far collected 32.50 crores in Kerala.

In Hindi, the film has collected around 238 crores in 6 days.

sultan and bahubali back

In the list of top 10 films of India, KGF 2 has so far left behind Sultan and Bahubali. Now the next target of the film is Rajinikanth- Akshay Kumar starrer 2.0, which collected 800 crores.

Father Ajay Devgan became emotional on daughter Nysa’s birthday, wrote – I am fortunate to have you