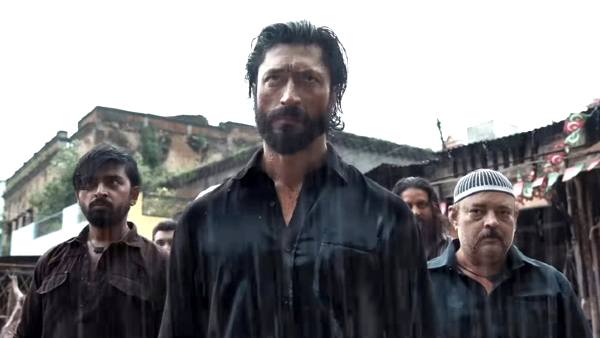 The two hours and twenty six minutes long story tries to make the story interesting with some power-packed action scenes and some emotional sequences, but proves to be inadequate. The story in the first half is completely based on emotions. The love and belongingness that Sameer and Nargis share with the adopted child, adds a little sentiment to the story going forward. But the trouble is that both the lead actors look very weak in emotional scenes. In the first half, the director has not kept any action sequence for Vidyut, perhaps it will be a thoughtful decision, but then the script should be tight enough that the story remains on the strength of emotions only. Where it fails miserably.

The story progresses very slowly in the first half. For a moment one realizes that the characters in the story are doing nothing but eating, walking, sleeping. Well, the film picks up a bit in the second half, with the action sequences shot during the gang war grabbing attention. The screenplay of the film has been written by Farooq Kabir, which is very weak. There is no novelty here. There is no detail in any character, nor in emotions.. So, in a few minutes it starts to look cumbersome.

The film is average even at the technical level. Jitan Harmeet Singh’s cinematography makes the story a little better. From the streets of Lucknow and the barracks of the prison to the desert of Egypt..Jitan tries to give color to the story with his camera. Editing by Sandeep Francis needed more tweaking. The music of the film is given by Mithun, Vishal Mishra and Sabbir Ahmed, which is average.

On the acting front, Vidyut Jammwal still needs a lot of work on his body language. Especially in emotional scenes, he has flat expressions on his face. He seems comfortable in action sequences, due to which one waits for action scenes in the film. Shivaleeka sees Oberoi’s effort, but is unable to impress. The actors like Sheeba Chadda, Dibyendu Bhattacharya, Rajesh Telang are good in supporting characters, hence the desire to see more of them. But they are in limited scenes.

Overall, ‘Khuda Hafiz Chapter 2- Agni Pariksha’ is a superficial film on a serious and sensitive subject. Vidyut tries his best to carry this film on his shoulders, but the weak writing and technical side do not support him. The character of Shivalika in the film says, “You have gone ahead as Ram, but like Sita, I have to pass the ordeal, every day…”. The more hollow this dialogue seems in the film, the more ineffective the story of this film has been. 2 stars to ‘Khuda Hafiz Chapter 2- Agni Pariksha’ from Filmibeat.

‘Rocketry: The Nambi Effect’ movie review – It’s no rocket science to say that R Madhavan’s film is the best