Know why Brendon McCullum will not be seen in IPL after 15th season, will have to leave KKR's camp
Advertisement 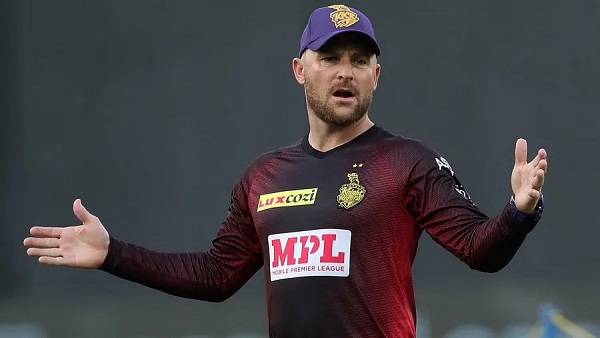 McCallum’s coaching career has been brilliant

It is noteworthy that in the history of Kiwi cricket team, Brendon McCullum is the only batsman who has scored a triple century in Test cricket. McCallum has never coached the Test team during his coaching career but during his career he has captained the Kiwis in 31 Test matches. In the year 2020, under his coaching, TKR’s team won the Caribbean Premier League title. The date of his leaving India depends on whether the Kolkata Knight Riders team will be able to reach the IPL playoffs or not, although the way to the playoffs depends on luck even after winning the last two matches.

There has been a steady decline in the performance of England

Brendon McCullum is set to join the team led by new England captain Ben Stokes and is expected to give his inputs at the selection meeting for the first Test against New Zealand from June 2. England’s Director of Cricket, Rob Key, while speaking about McCallum’s appointment, said, “It is a well thought out bet and the time has come for us to be ready for a roller coaster ride.” Robb praised McCullum’s coaching style during this period and said that the last 12 months have been very bad for the England Test team and they have been able to win only one of the last 17 Test matches. As a result, he has reached his lowest ICC ranking since 1995.

Know what McCallum said on becoming a coach

On the other hand, McCullum said about the appointment, “I am very happy about this opportunity given to myself and look forward to leading the team towards a successful era by making a positive contribution to the England Test cricket set-up.” Taking this role, I know that this team is facing many challenges and I am confident that I will be able to make the team a strong opponent on the strength of my ability. Ben Stokes is a very important and vital character to bring about change within the team and I would like to work closely with him to build a successful team.

Many questions are being raised, but Dhoni said – it is difficult to replace Jadeja

MI vs CSK: CSK lost the toss in the do or die match, Mumbai made their debut with Stubbs instead of Pollard