Kohli is going on 'backfoot' in form due to his front foot, Manjrekar gave advice to improve habit
Advertisement 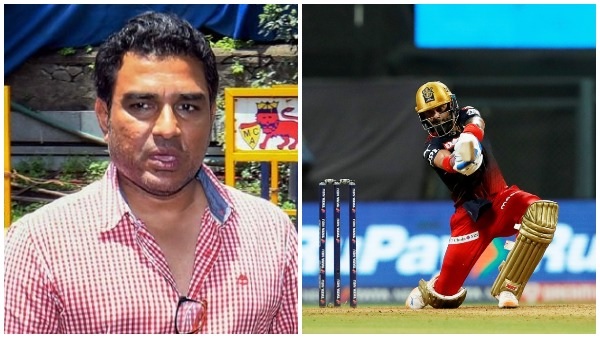 New Delhi, May 28: Former India batsman Sanjay Manjrekar believes that Virat Kohli could not make the necessary changes in his technique due to which he had to struggle so much in the IPL that he could not find form till the end. Due to the 33-year-old Kohli, Faf du Plessis’s Royal Challengers Bangalore had to struggle a lot. The opening never got better and the middle order remained under pressure. Kohli played only a couple of innings in the entire competition and at that time his team got the victory.

In 16 matches, the right-handed batsman scored 341 runs at an average of 22.73 and batted at a strike rate of 115.98 with two half-centuries. He also picked up three golden ducks, showing the peak of his struggle in the T20 league.

Except for his man of the match innings of 73 against Gujarat Titans at the Wankhede Stadium, Kohli failed to make a significant impact. He also faced a lot of criticism for not being able to move forward even after setting his eyes. Very slow batting from above shook his confidence even more.

Manjrekar asked Kohli to shed his natural habit of getting on the front foot. Manjrekar narrated how Kohli was dismissed in Qualifier 2 against Rajasthan Royals (RR) at the Narendra Modi Stadium in Ahmedabad on Friday, 27 May.

Manjrekar said, “Virat wants to be on the front foot, no matter if it helps him or not. Well, mentally strong you can go a long way, but technical issues can also be overcome. Kind of can’t be ignored. The crucial game was.. The front foot again lost his wicket on a short off-length delivery.”

Virat wanting to be on the front foot no matter what is not helping his cause. Mental toughness takes you far sure, but technical issues cannot be completely ignored. Crunch game.. front foot to a short of length bouncing ball cost him his wicket again.

Kohli started his innings with a big six against the Royals but Virat was dismissed by the famous Krishna in the second over of RCB’s innings. Krishna got 3 wickets and Jos Buttler scored a century in this match, due to which Rajasthan Royals managed to win the match by 7 wickets.

‘He has made more mistakes than every time’, Sehwag blames Kohli on RCB failure

After 3 years, the closing ceremony will be held in IPL, Ranveer Singh and AR Rahman will be seen