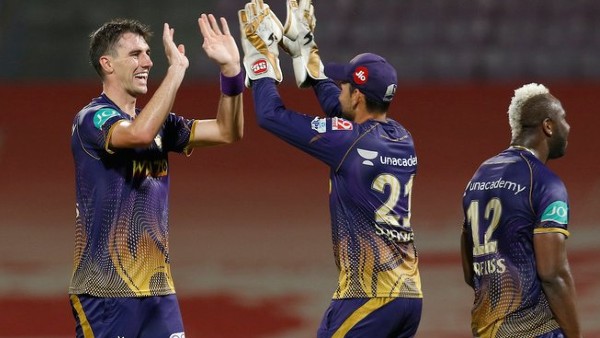 New Delhi. The 56th match of the 15th season of the Indian Premier League was played at the DY Patil Stadium in Mumbai, where Kolkata Knight Riders defeated Mumbai Indians by 52 runs in a do or die match. Mumbai Indians team reached here after winning the last two matches but due to the exclusion of injured Suryakumar Yadav, his team had to bear the brunt. Ahead of the match, bad news came for Mumbai fans when it was revealed before the toss that he suffered a left forearm injury and was ruled out of the remaining matches of the season for Mumbai.

Due to the absence of Suryakumar Yadav, the Mumbai Indians team gave Ramandeep Singh a chance in their middle order but he could not fill the gap of this legendary batsman and Mumbai’s team lost the match by 52 runs. Batting first in this match, KKR’s team scored 165 runs for the loss of 9 wickets in 20 overs, in response to which the team of Mumbai Indians was all out for 113 runs.

Read more: IPL 2022: Wicket drought for Bumrah continued for 7 matches, then made a big record of throwing the best spell of career

Kolkata Knight Riders’ team kept their hopes of reaching the playoffs alive with a 52-run win and improved their net run rate with this big win. On the other hand, this defeat of Mumbai Indians has hurt Chennai Super Kings’s hopes of reaching the playoffs and now it has become more difficult than ever for them to qualify. It is noteworthy that the team of Chennai Super Kings needed luck along with victory to reach the playoffs and for that Mumbai Indians needed to win against the rest of the teams.

Although this defeat of Mumbai has made the path of CSK difficult, in such a situation, if the team of Kolkata Knight Riders along with Chennai Super Kings reaches 14 points, then there will be a difference between the two teams for the net run rate. There will be competition. Batting first in this match, Kolkata Knight Riders made a great start and scored 87 runs in the first 10 overs.

But in the next 10 overs, Jasprit Bumrah’s storm broke the back of Kolkata Knight Riders and took the first 5-wicket haul of IPL career and restricted Kolkata to 165 runs. In response, the batting of Mumbai Indians team completely disappointed and barring Ishan Kishan’s (51), no other batsman could spend time at the crease. Due to this, the team of Mumbai Indians was all out for 113 runs in 17.3 overs.

This Chennai batsman can also bat with left hand, practice in hotel room