Korea Open: PV Sindhu could not overcome the challenge of Ann Se-young, lost in the semi-finals
Advertisement 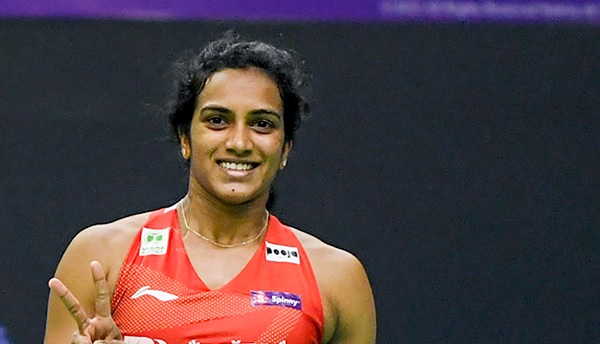 New Delhi, April 9: India‘s PV Sindhu has lost in the semifinal match of Korea Open 2022. Here she was up against An Se-young of South Korea. Sindhu lost 14-21 17-21 to the second seed. With this, Sindhu’s losing streak to Ann Se-Young continues.

Sindhu and An Se-young have faced each other on three occasions and the Korean has defeated the Indian in all three matches.

Also read- Hardik Pandya lost his cool on David Miller in a thumping over, returned to the pavilion in anger

In the match, Sindhu won the toss and asked the opposition to serve but Ann Se-Young got off to a good start from the start as Sindhu lost 7 points before getting the second point after taking the first point. Although Sindhu again picked up 3 points in a row, Young’s game continued and some good efforts by Sindhu proved insufficient to win the game.

Young registered an easy win in the first set as Sindhu made some mistakes which needed to be rectified in the next game.

In the second game, Sindhu started taking the lead and it was the first time in this semi-final that Sindhu had the lead at any point. But then Young made a comeback and a confrontational match ensued in which it was tied at 6-6.

The draw continued until 9-9, after which Young slowly began to overtake. Sindhu was not ready to give up easily, so the match went up to 17-18 at one point but after that the Swiss champ player did not give a chance to Sindhu and went into the final after collecting consecutive points. Along with this, Sindhu also found herself lost in the fourth match with Young. Se-young is only 20 years old.