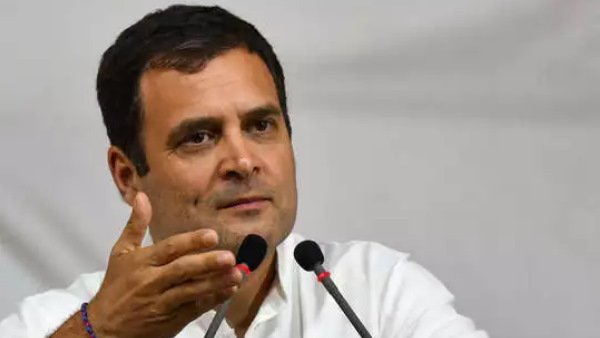 New Delhi, May 06: Congress leader Rahul Gandhi has termed the central government’s figures regarding the deaths due to corona in the country as false. Science cannot lie, while PM Narendra Modi can lie, Rahul shared a report on Twitter. He said that 47 lakh Indians died due to corona epidemic and not 4.8 lakh. As the government is claiming. The Congress leader further said that those who have lost their loved ones, respect them. Help everyone by giving them a compensation of Rs 4 lakh. Let us tell you, Rahul Gandhi has shared a report of WHO, in which the figures of deaths due to corona have been given.

Earlier, Rahul Gandhi had accused the Modi government of underestimating the valuation of Life Insurance Corporation of India. He asked why India’s most valuable wealth was being sold at a ‘pocky price’. State-owned LIC’s IPO was opened on Wednesday for contributions from retail and institutional investors. The IPO will close on May 9 (Monday). Rahul said in a tweet, “13.94 lakh employees, 30 crore policyholders, 39 lakh crore assets, world’s number one company in terms of returns to shareholders. Despite this, the Modi government fixed the price of LIC low.

Surrounded by Modi government on pension too

‘I will stay in jail for 14 days for Hanuman Chalisa’, Navneet Rana’s challenge to CM Uddhav Thackeray again

Punjab Police arrested BJP leader Tejinder Bagga, know in which case the arrest was made