Kunal Kamra got trapped by sharing the edited video of the child, NCPCR sent notice
Advertisement 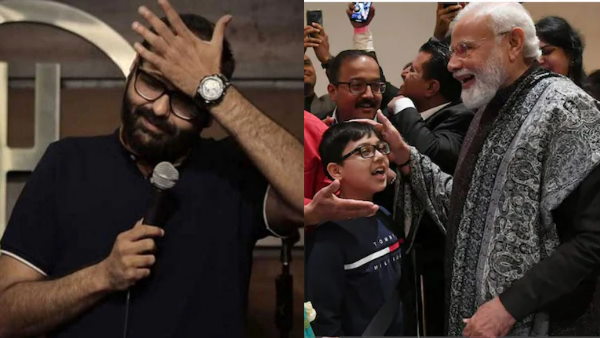 The commission has requested that the video should be immediately removed from the platform and appropriate action should be taken against Kunal Kamra for posting such content. The child rights body has also sought a report from the Delhi Police within seven days. The commission said that it is apprehensive that using children for such promotional purposes is harmful and injurious to their mental health.

Comedian Kunal Kamra has shared a video. This video was of the same child who sang a patriotic song in front of PM Modi but had edited the video. In this video, the song ‘Mahaangai Daayan Khay Jaat Hai’ from the 2010 film Peepli Gaon has been replaced by a patriotic song. Along with this, the entire video was edited. On this the father of the child was furious.

The child’s father wrote the post on Kunal Kamra’s video itself. In a tweet made by the Twitter handle named Ganesh Paul, it was written that I have a 7 year old son, who wanted to sing for his beloved motherland. Even though he is still very young, he loves his country more than you Mr. Kamra or garbage, whatever you are.’ He further wrote, ‘Keep the innocent child away from your dirty politics and try to work on your bad jokes.’