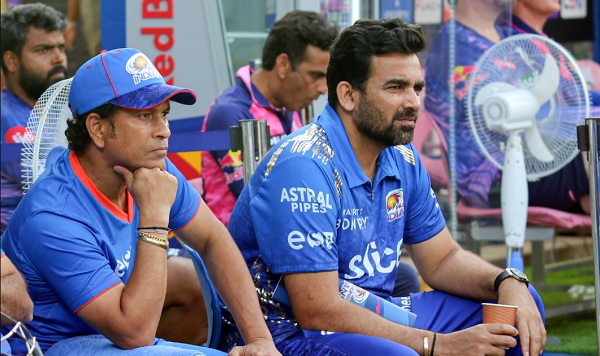 Lalchand Rajput named his all-time playing XI on ‘Not Just Cricket Show’. Sachin Tendulkar is at the top. Tendulkar was an experienced player in the game and has been associated with Mumbai Indians as a mentor for a very long time. Rohit Sharma has not been able to do amazing this season but has been very good in all the rest of the IPL seasons. He has been chosen as Sachin’s partner. He has led Mumbai Indians to five IPL wins, the most by any captain in the league.

Raina and Dhoni were also selected

LSG captain KL Rahul has been in fine form this season with two hundreds to his name. He is followed by Virat Kohli, who is going through a rough patch, but his achievements and contributions to the league are phenomenal. He is definitely one of the greats of the game. Raina has also been given a place because people also know him as Mr IPL because of his performance in IPL. He was associated with Chennai Super Kings as MS Dhoni’s deputy. Popularly known as Mr IPL, the all-rounder has been one of the best players for IPL.

Yuvraj Singh, who was elected after this, needs no introduction. He has been a great all-rounder in the T20 format and played for several franchises throughout his career. After this comes Dhoni who is probably one of the best captains of IPL till date. The team will need them for their plans and winning strategy.

Ravindra Jadeja, who was a disappointed captain in Super Flops this year, will be the all-rounder and finisher for the team, while Zaheer Khan, Bumrah and Shami Paes will look after the attack.