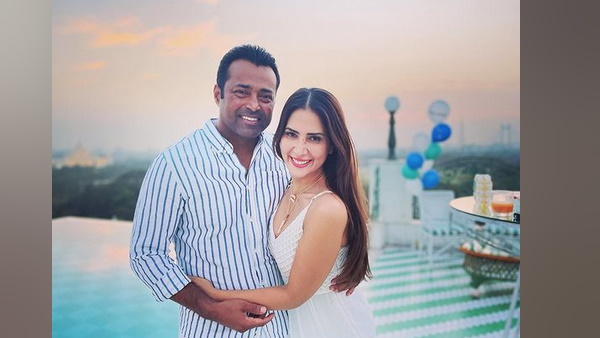 Each other was seen doing KISS

Kim also shared a picture of herself clad in a bikini and chilling in Leander’s arms. Along with the pictures, Kim also wrote a heartwarming note. “Happy Anniversary Charles 365 days! Endless moments of joy and learning. Thanks for being with me. Love you to bits.”

Friends and fans of the ‘Mohabbatein’ actress congratulated Kim. Amrita Arora, Mushtaq Sheikh, Ujjwala Raut also reacted to the post on this photo. Both are praising this pair fiercely.

News of Kim and Leander dating each other first surfaced in August 2021, when photos from an outing in Goa surfaced. Although both are quite open about their relationship and often post pictures with each other on Instagram.

Urfi Javed Video: Urfi wreaking havoc in a black bikini considers herself to be God’s gift

Nawazuddin Siddiqui traveled in Mumbai local train, the person sitting nearby had no idea, video