Like the ICC event, now Kohli's flop show continues in the big matches of IPL, today only 7 runs were played.
Advertisement 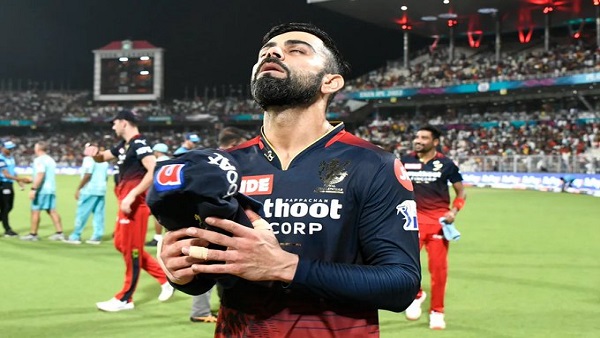 Let us tell you that Kohli has this shameful record in his name for a long time that he often loses his wicket early in big matches, be it the IPL or the big match of the big ICC event, Kohli proves to be a flop. Even in the Eliminator match of IPL 2022, Kohli was able to score 25 runs in just 24 balls against the team of Lucknow.

This season has not been good for Kohli

Although Kohli’s performance in this entire season has been very disappointing, but the RCB captain and fans were sitting expecting Kohli that he would definitely play good innings for the team in big matches, but for Kohli in the entire season of IPL. Nothing has changed. In 16 matches of the season, Kohli has so far scored only 2 fifties. In this season, Kohli has scored 341 runs at a strike rate of 115.

Virat Kohli has failed in two matches of this season of IPL. Earlier, RCB has played 8 major matches in the history of IPL and all Kohli’s performance has been disappointing.

In the history of IPL, RCB has played 2 finals, 2 second qualifiers and 4 eliminator matches, but Kohli has been a flop in all these matches.

Virat Kohli has often flopped not only in IPL but also in big matches of ICC. Virat Kohli was expected to perform well against New Zealand in the semi-final of the 2019 World Cup, as Kohli was also the captain of the team at that time, but he was dismissed after scoring just 1 run in this match.