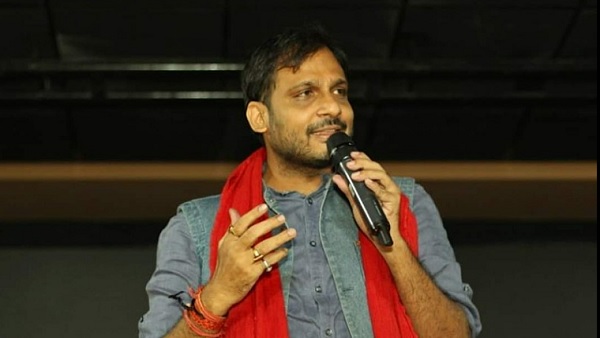 New Delhi, 09 May. A shocking news is from the capital, where famous writer and Sahitya Akademi awardee Nilotpal Mrinal But a 32-year-old woman has accused him of rape. A case of rape has been registered against the author at Timarpuri police station in Delhi. The woman alleges that the writer raped her for 10 years on the pretext of marriage.

Giving information about this, Delhi Police told ANI that a case of rape has been registered against the writer on the complaint of a woman. The investigation of the incident is underway. Let us tell you that according to the media report, the woman who accused the rape has also said in her FIR that a police officer has also threatened to register a case against that writer, the officer has accused the woman and her father of withdrawing the case. There was also pressure, he told the woman’s father that if his daughter did the case, he would be accused of blackmailing the writer for money.

The woman met the author in the year 2013

Let us tell you that the woman has said in her complaint that she had met the writer in the year 2013 while preparing for the Union Public Service Commission (UPSC) examination and later they became friends and after that the writer promised to marry her. By taking advantage of it, she is a victim of rape for ten years.

Who is Nilotpal Mrinal?

Nilotpal Mrinal, originally a resident of Jharkhand, is a well-known name in the literary world. He got the famous book in the year 2016Dark Horse’ He was awarded the Sahitya Akademi Yuva Puraskar for In the Hindi literary world, he is known as a breath of fresh air because of the novelty in his writing. Nilotpal Mrinal was born on 25 December 1984 in Dumuka. Apart from ‘Dark Horse’, his book ‘Aughad’ has also been very popular.

Delhi | A rape case registered in Timarpur Police Station area. FIR, filed on the basis of a woman’s complaint, states that author Nilotpal Mrinal raped her for 10 years under the pretext of marriage: Delhi Police

Whom did Russia defeat on this day? Know what is Victory Day