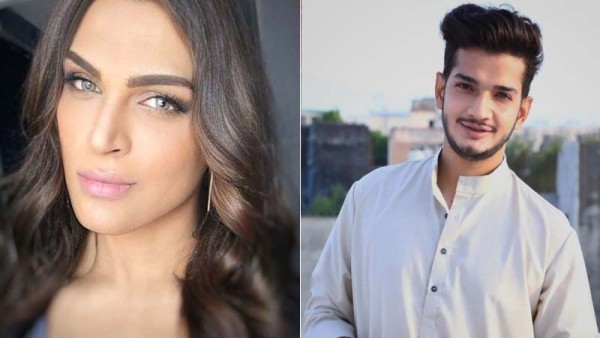 How Saisha came close to Munavvar

During her stay in lock-up, Sayesha became very close to the show’s contestant and comedian Munawwar Farooqui. The news of their love started making headlines too, but now Saisha is away from Munavvar.
After being out of the show, during an interview, Sayyeshaa openly discussed about her closeness with Munawwar Farooqui. She told how she came close to Munavvar. The show Lock-Up, being hosted by Kangana Ranaut, is being liked by the public. In this show, the contestants are put in jail without any basic facilities. He has to compete with other participants to get the facilities.

I’ve never felt this before

Sayesha said during the interview that as the show progressed, her infatuation towards Munavvar also increased. Sayesha said Munavvar made me feel like a teenager is in love. She said that as a transwoman she had never felt this before. Sayesha said that when Munavvar started pulling my leg and in return I also started doing the same, during that time I realized this.

During that time I was feeling exactly like a teenager in love feels. I had never felt this before. The way Munna treated me, I felt as if I was a 16-year-old girl. I felt like I was some little girl, some woman and it was all so beautiful. He said that Munavvar’s very simple behavior towards him attracted him towards him.

She further added that the most important thing for a transwoman is to be treated like any other woman. He said that Siddharth Sharma also behaved normal with him. Though he was a bit hesitant in the beginning, Munna treated me normally from the beginning.

Munavvar is the strongest contender of the show

Sameera Reddy, who faced Will Smith’s wife’s illness, told what is Alopecia Areata

‘Wear Sonam mask, you are pregnant’, on the advice of the fan, husband Anand Ahuja gave such a reaction