Lock Upp: Kangna warns Karanvir Bohra, stop doing this or else you will regret later
Advertisement 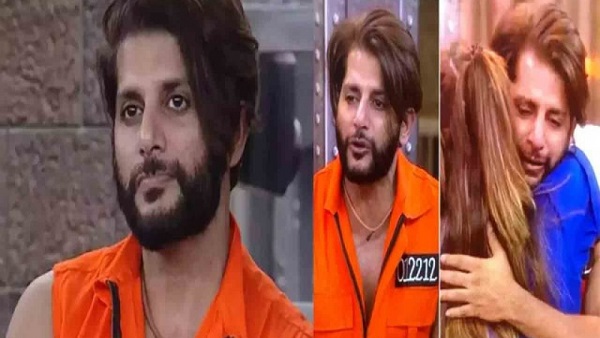 While warning Karanvir Vohra, Kangana said that you will have to repent because of this habit of yours. The way you are sharing the bad experiences of your life with people, you will have to regret after leaving the show. Such things will follow you after the show. Let us tell you that many well-known stars are participating in the lock up show. In the show, these contestants are given certain tasks so that they can achieve the basic necessities of life.

Kangana Ranaut is the host of the show, every week on Judgment Day, Kangana Ranaut interacts with the contestants. Apart from Kangna Ranaut, Karan Kundra appears on the show as a jailer. The show is being telecasted on Alt Balaji and MX Player. While talking to Karanvir, Kangana praised him a lot, people are liking the way Karanvir is playing his game.

Karanveer is in debt

Let us tell you that Karanvir recently said during the show that he has a lot of debt and he is badly stuck in it. Talking about this, Kangana said that the way you are telling your secret in front of people, you will regret it. This is your secret. If you speak in a big way, you are going to repent. Let us inform that apart from Karanvir Vohra in the show, many celebs including Poonam Pandey, Sara Khan are participating on the show.

Told the show is very important

It is worth noting that in the lockup last week, Karanvir, while talking with Sara Khan, said that he is trying to eliminate his huge debt. He has a lot of debt. He also told that when he could not return the money of the people, he had to face the court case. I feel very sorry for my family and myself, what am I giving them. I don’t know what I did for my wife, mother, father and my child, but this show is very important for me.

Did the Censor Board pass ‘The Kashmir Files’ without any cuts, Vivek Agnihotri replied

‘The Kashmir Files’ made a scintillating record on Saturday, you will be surprised to earn a day’s earnings