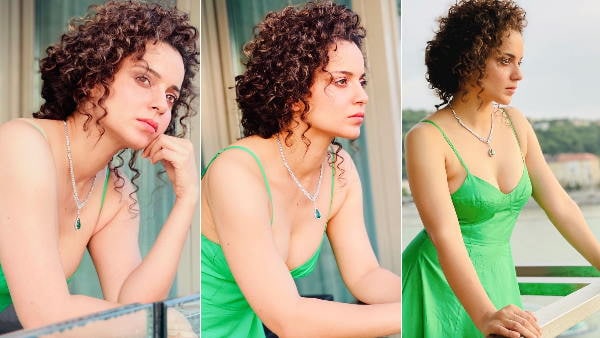 So far only three actors have been called ‘superstar hosts’

Kangana Ranaut shared a long note on Insta and said that many Bollywood actors and actresses have tried their hand at show hosting in the past. Along with this, Kangana claimed that till now only three actors have been tagged as ‘superstar hosts’ which includes Amitabh Bachchan, Salman Khan and Kangana herself.

Compare yourself with Amitabh and Salman

By writing this, Kangana Ranaut compared herself to the superstar of the century and Kaun Banega Crorepati host Amitabh Bachchan and other Bigg Boss host Salman Khan and described herself as a star host equal to her.

Kangana Ranaut further wrote – Successful actors have tried their hand at hosting like Shahrukh, Akshay Kumar, Priyanka Chopra, Ranveer Singh … their career may be successful but they failed to host the show, they are unsuccessful hosts, now Till date, only Amitabh Bachchan ji, Salman Khan ji, and Kangana Ranaut have achieved this distinction of becoming superstar hosts… privileged to be in this league.”

Jealous movie mafia maligning me and my show

Manikarnika actress Kangana further claimed that the ‘jealous film mafia’ is doing everything they can to malign the success of her hosting.

Kangana Ranaut told why she had to write this

Kangana further said that she is proud to be the ‘only successful host’ of her generation. “I wish I didn’t need to explain this, but the jealous movie mafia is doing everything to defame me and my show.

Poonam Pandey went topless in front of the camera LIVE, fulfilled her promise by taking off her T-shirt

‘Whatever I am is because of Shahrukh, why did John Abraham say this?