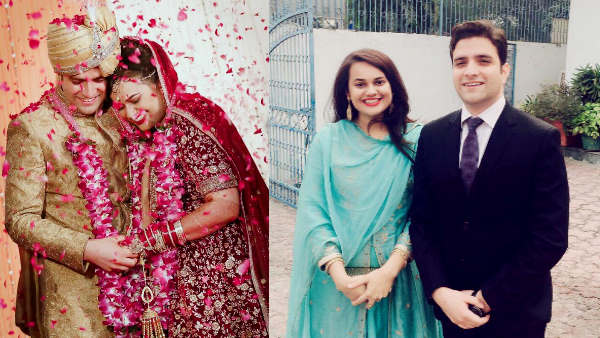 In the year 2015, when Tina became the UPSC topper, Athar Aamir Khan secured the second position in the UPSC examination. After this, when both of them reached Mussoorie for training, they were giving heart to each other at first sight. Tina herself had revealed through her Facebook post how both of them had fallen in love for the first time. After love, the relationship reached marriage and in the year 2018, Athar Aamir and Tina Dabi got married. During this too both were in a lot of discussion.

Divorce in the third year of marriage

The relationship between the two did not last very long. There was a rift in the relationship between the two, people got an idea of ​​this when Tina Dabi removed Khan from her name and unfollowed her husband from her social media, although for a few days both themselves talked about this. Made it public that they are separating with mutual consent. In the year 2020, Tina and Athar filed for divorce and both separated in August 2021.

where is athar amir

Let us tell you that Tina Dabi’s first husband Athar Amir is a native of Jammu and Kashmir and is currently working as CEO of Srinagar Municipal Corporation and Srinagar City Limited. Athar remains in a lot of discussion about his work. He also received the Best City Leader of the Year Award for Srinagar Smart City in the year 2022. He has more than 5 lakh followers on Instagram, while more than 1 lakh people follow him on Twitter. Athar often posts pictures and videos of his work on his social media pages.

Petrol and diesel again increased by 80 paise per liter, know what is the new rate of Delhi-NCR