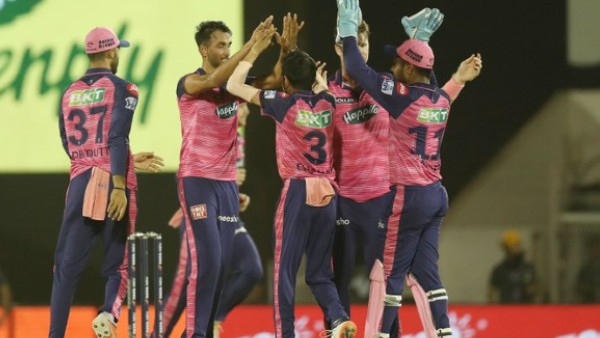 New Delhi. The 63rd match of the 15th season of the Indian Premier League was played at the Brabourne Stadium in Mumbai, where fans once again got to see an exciting match between Rajasthan Royals and Lucknow Supergiants. Rajasthan Royals team won the toss and decided to bat first and scored 178 runs for the loss of 6 wickets in 20 overs on the basis of important innings of Yashasvi Jaiswal (41), Sanju Samson (32) and Devdutt Padikal (39). Scored up. In response, the team of Lucknow Supergiants fought a lot but could only reach the score of 154 runs, while Rajasthan Royals won by 24 runs on the strength of the bowlers.

With this win, the Rajasthan Royals team has secured 16 points in the points table and has now occupied the second position due to better run rate. With this win, the playoff equation has become even more exciting. Now the teams of Lucknow and Rajasthan Royals have one match left and have a chance to not only qualify with 18 points but also have a chance to finish in the top 2.

However, due to 16 points, now the playoff equation has become better and if both the teams lose their next match then the number of teams reaching 16 points will increase. This means that the net run rate will now come into play to qualify for not one but two teams that reach the playoffs. At present, the team of Delhi Capitals and Punjab Kings also have a chance to reach 16 points, while the team of KKR and Sunrisers Hyderabad are in the race with 14 points with an impossible hope of qualifying.

Bowlers got off to a good start

Chasing 179 runs, Rajasthan Royals bowlers got off to a good start against Lucknow Supergiants. Trent Boult first sent Quinton de Kock (7) to the pavilion in the third over, then got the wicket of Ayush Badoni on the very next ball. In the sixth over, the famous Krishna gave the third blow by taking the wicket of captain KL Rahul (10) and pushed Lucknow on the back foot. Due to the loss of 3 wickets in the powerplay, Lucknow team could only manage 32 runs in 6 overs.

Hooda-Pandya made the return of Lucknow

Here Deepak Hooda (59) handled the innings with Krunal Pandya (25) and put on a 65-run partnership for the fourth wicket, but during this time the team was under pressure due to not scoring fast. Ashwin broke the partnership by taking the wicket of Pandya and got his team back. At the same time, Chahal not only took back his purple cap by stumping Deepak Hooda but also ended Lucknow’s hopes.

Rajasthan Royals won on the strength of bowlers

After this, Obed McCoy broke the back of the team of Lucknow Supergiants by taking two wickets in one over and won the match for his team. The team of Lucknow Super Giants could only score 154 runs in the allotted 20 overs for the loss of 8 wickets and lost the match by 24 runs. Trent Boult took 2 wickets for 18 runs in 4 overs for Rajasthan Royals, while Obed McCoy also took 2 wickets for 35 runs in 4 overs. Famous Krishna gave 32 runs in his spell of 4 overs with 2 wickets, while Yuzvendra Chahal and Ravichandran Ashwin took one wicket each.

HS Prannoy could not sleep as world champion, surprised by PM Modi’s phone