Maharashtra Congress targeted NCP, Nana Patole said - sat next to him and stabbed him in the back
Advertisement 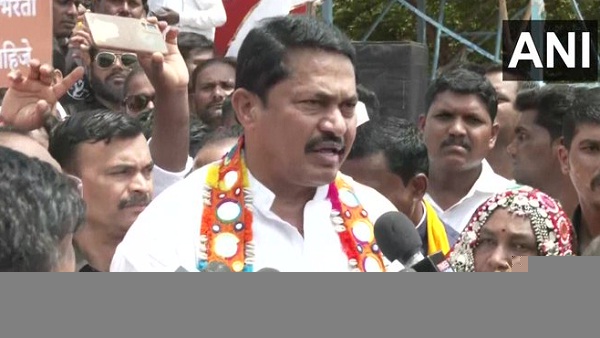 Mumbai, May 11: All is not well in Maharashtra between the coalition government of Shiv Sena, Nationalist Congress and Congress. The tussle between NCP and Congress is coming to the fore. Meanwhile, Maharashtra Congress President Nana Patole has made many serious allegations against the NCP.

Back stabbed in alliance with BJP

He said that in two to two-and-a-half years, NCP has snatched some members of our party from us. It has tied up with BJP for Gondia Zilla Parishad. Said that if NCP wants enmity, then do it from the front, we are ready for it. We want enmity that is openly an enemy. NCP has stabbed us in the back. The Maharashtra government is formed by three parties (Shiv Sena, NCP and Congress) under the Common Meantime Programme.

Patole said that if they stab him in the back while staying next to us, he will be asked questions. Said that in this matter we will discuss with our high command and we will do whatever they say. Nana Patole also targeted the BJP and said that ever since the BJP government was formed, the sedition law has been misused in different parts of the country. The central government is punishing the innocent under this. We welcome the Supreme Court’s decision on the sedition law.

Tension between Shiv Sena-Congress over Aurangabad

At the same time, the tension between Congress and Shiv Sena over the name of Aurangabad city has not subsided. Despite this demand of Shiv Sena being rejected outright by the Congress state leadership, Chief Minister Uddhav Thackeray’s party is still not giving up hope of naming it Sambhajinagar. The BJP alleges that this is just a wrestling match between the two ruling parties and the real reason behind this is the upcoming elections.

‘Take off the spectacles of religion and see that the whole of India is in danger’, Abhishek Banerjee targets BJP in Assam

‘If donkeys can be counted in the country, why not castes’, asks former Bihar CM Jitan Manjhi