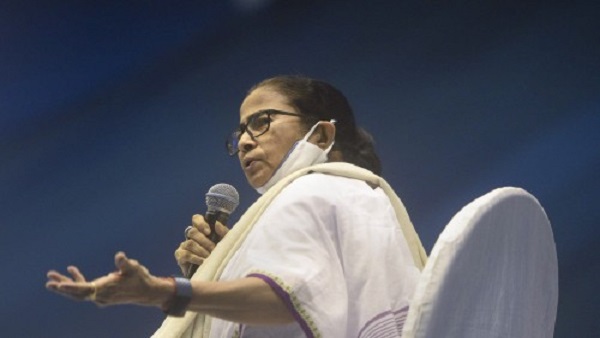 Kolkata, May 14. West Bengal Chief Minister Mamata Banerjee has started preparations for the 2024 Lok Sabha elections. On Saturday, the Trinamool Congress officially announced Mamata Banerjee as the PM candidate for the 2024 Lok Sabha elections. Actually, the party has started a campaign named ‘India Wants Mamta Di’. TMC MP Derek O’Brien has started a website called ‘India Wants Mamta Di’. Through this website, the party will campaign across the country, the responsibility of which has been given to TMC leader Sanghamitra Banerjee.

The TMC has launched the slogan ‘Bangla Nijer Meyakei Chai’ against the BJP’s ‘inside vs outsider’ campaign to hold on to women voters, implying that Bengal only wants its daughter. Let us tell you that in West Bengal, Trinamool Congress has won power for the third time in a row. In the 2021 assembly elections, TMC had won 213 out of 292 assembly seats. Whereas BJP won 77 seats.

What is said in the site?

The website launched states that ‘India Wants Mamta Di is a community that believes in the ideology of the Chief Minister of West Bengal. It has been further said that we want every Indian to have good governance as established by Chief Minister Mamata Banerjee through her pro-people policies. When Mamta Banerjee completes 40 years of her political career, she wants to take this policy to the whole country by making her the first Bengali Prime Minister of India in 2024.

TMC did its expansion in these states

Let us tell you that TMC has already taken steps in preparation for 2024 Lok Sabha elections. After Bengal, the party has expanded the party to Tripura, Assam and Goa. In Goa, TMC had contested the assembly elections and in the coming times, the party will contest elections in Assam and Tripura as well.