Mamta got furious over the name of TMC district president in Birbhum violence, said- how can the name come without investigation?
Advertisement 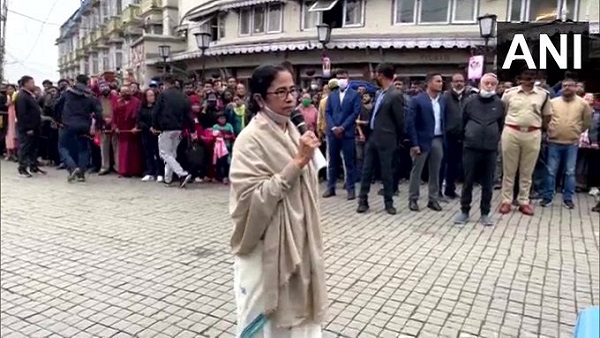 Darjeeling, March 30. Chief Minister Mamata Banerjee is on target of the opposition over the incident of violence in Birbhum district of West Bengal. BJP and Congress have opened a front against Mamta Banerjee. At the same time, the investigation of violence is in the hands of CBI. In the midst of all this, Chief Minister Mamata Banerjee has made a big attack on the BJP. Addressing the people in Darjeeling on Wednesday, Mamta Banerjee said that the name of the district president of my party is being taken in the violence, I want to ask how can BJP take the name of my party leader without investigation?

What did Mamata Banerjee say?

Mamata Banerjee said, “How can BJP take the name of my district president, the investigation is going on right now. This shows that they want him to be arrested. This is a partisan and vindictive attitude. They call them all.” Want to arrest those who are opposing BJP.

They have mentioned my dist president’s name. How they can mention his name without any probe. It shows they want him to get arrested. This is a biased and vindictive attitude. They want to arrest all those who are opposing BJP:West Bengal CM Mamata Banerjee in Darjeeling (30.03) pic.twitter.com/dszb41QEjB

This report submitted to JP Nadda

Let us tell you that a big conspiracy has been revealed in the internal report of BJP. In this report, BJP has said that a Trinamool Congress leader is involved. Let us inform that a five-member committee constituted by BJP on Birbhum violence submitted its report to party president JP Nadda on Wednesday. The name of TMC President Anubrata Mandal had appeared in this report.

Who is Shahbaz Sharif, who can replace Imran Khan as the Prime Minister of Pakistan?