Many questions are being raised, but Dhoni said - it is difficult to replace Jadeja
Advertisement 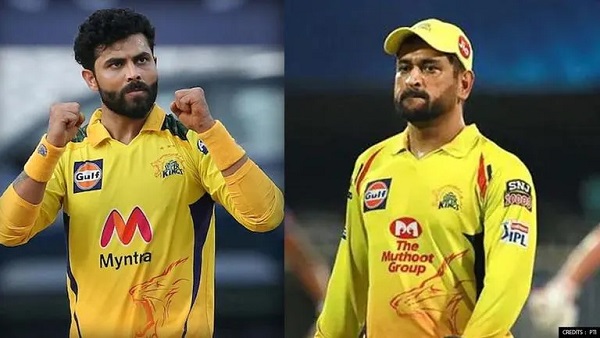 New Delhi.
Mahendra Singh Dhoni said that it is difficult to replace Ravindra Jadeja. Star all-rounder Jadeja was dropped from the remaining matches of IPL 2022. He got injured while fielding in the match against Royal Challengers Bangalore. Jadeja did not play against Delhi Capitals and on Wednesday the franchise announced that Jadeja has been ruled out of the season. There is speculation that Jadeja will not be able to play for CSK next year as well. Meanwhile, MS Dhoni said that it was difficult to replace someone like Jadeja because of his all-rounder skills with bat and ball and his brilliant fielding.

MS Dhoni told Star Sports, “There are certain players who help you work with combinations. Jadeja is definitely one of those players who helps us try out different combinations. We love his fielding. Let’s not forget.. I don’t think there is anyone who can take his place. It is difficult to replace him, but we have to make the most of all that is available now.”

Jadeja has had a bad season for Chennai Super Kings. He was named captain two days before the tournament when CSK announced that MS Dhoni had decided to step down as captain. However, after a poor start, Jadeja handed the captaincy back to MS Dhoni. MS Dhoni had said after the win over Sunrisers Hyderabad that Jadeja knew last season that he would captain CSK in 2022 and indicated that he should have prepared better.

Dhoni had said, “Me and Jadeja had a talk. He knew only last season that he would be given a chance to captain this year. He knew and got enough time to prepare. The important thing is that you want to. Let’s get the captaincy and I wanted this to be a change.

Know why Brendon McCullum will not be seen in IPL after 15th season, will have to leave KKR’s camp