Mark Wood's elbow surgery was successful, this injury proved to be a big setback for LSG
Advertisement 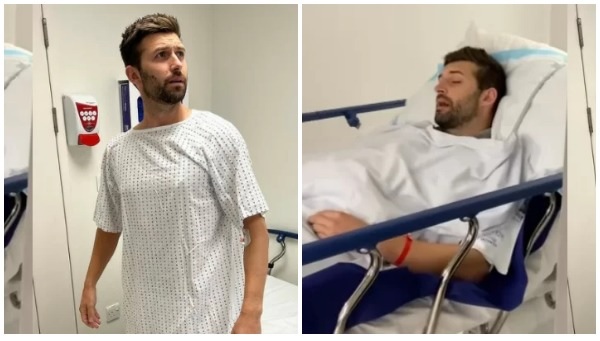 New Delhi, March 29:
England pacer Mark Wood has posted a picture on Instagram after a successful elbow surgery that troubled him during the recently concluded Test series against West Indies. Wood was dismissed midway through the first Test in Antigua after experiencing “severe pain” in his right elbow and did not take part in the series thereafter. He was also pulled out of the IPL, while Andrew Tye was named as his replacement by the Lucknow Super Giants.

Wood has been in great form lately as the speedster had a stellar Ashes where he finished as the top wicket-taker for England with 17 wickets, despite his team losing 0-4. faced. The England and Wales Cricket Board (ECB) said Wood’s surgery involved removal of bone and scar tissue. ESPNcricinfo has learned that Wood will now go into rehabilitation with the ECB and Durham and is likely to return at the end of May.

Mark Wood expressed his gratitude to the doctors

Wood shared a photo of himself from the hospital after the surgery was completed in an Instagram post. The pacer looks quite excited as he doesn’t have much pain in his hand. The 32-year-old expressed his gratitude to the doctor for helping him through the surgery without much pain.

Mark Wood is one of the most influential bowlers in the England camp because of his ability to consistently throw speeds of 90 mph. Mark Wood was sorely missed after the loss to Lucknow Super Giants in the first match as the Gujarat Titans batsmen hit hard at the LSG bowlers in the final overs and won.

Rahul, Hardik both made a mistake each in captaincy, Aakash Chopra told where he missed

Delhi Police opposes Sushil Kumar’s bail, it is a matter of protection of witnesses