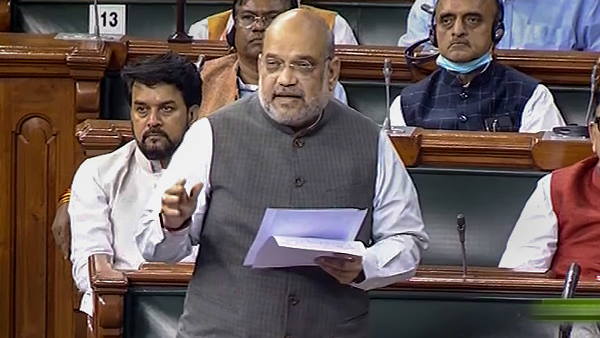 New Delhi, 30 March: Politics has heated up between the Aam Aadmi Party and the Bharatiya Janata Party regarding the municipal elections in Delhi. The Aam Aadmi Party says that the BJP has brought a bill to merge all the three MCDs into one in order to postpone the municipal elections of Delhi. At the same time, Union Home Minister Amit Shah alleged in the Lok Sabha on Wednesday that the Delhi government is treating the three municipal corporations step-motherly, due to which these corporations do not have enough resources to discharge their responsibilities. Amit Shah said that for this reason there is a need to convert these three corporations into a single corporation.

Introducing the ‘Municipal Corporation of Delhi (Amendment) Bill 2022’ in the Lok Sabha, Amit Shah said, ‘It would be appropriate that a single corporation takes care of the civic services of the entire Delhi from the point of view of resources and strategic plans. The purpose of the bill which I have brought is to re-consolidate the three municipal corporations into a single Delhi Municipal Corporation. The bill also includes the objective of running the services of the Municipal Corporation with more efficiency and transparency. Apart from this, there is also a proposal to limit the number of councilors inside Delhi in this bill.

Amit Shah also knows that he is running from elections: Sisodia
At the same time, reacting to Amit Shah’s allegations, Delhi Deputy CM Manish Sisodia said, ‘BJP should remember that before 2011-12, the Municipal Corporation of Delhi was a single unit in his government and even at that time, the capital was divided into a single unit. There was corruption and pollution inside. You see that even with 3 municipal corporations BJP could not make any changes. This party can only do corruption. Union Home Minister Amit Shah is also well aware that at this time these people are only running away from elections and have brought this bill for this purpose.

Army will get 15 Light Combat Helicopters, the committee headed by PM Modi approved

Petrol diesel is getting expensive, can the price be lower than Russian oil?