MI vs CSK: CSK lost the toss in the do or die match, Mumbai made their debut with Stubbs instead of Pollard
Advertisement 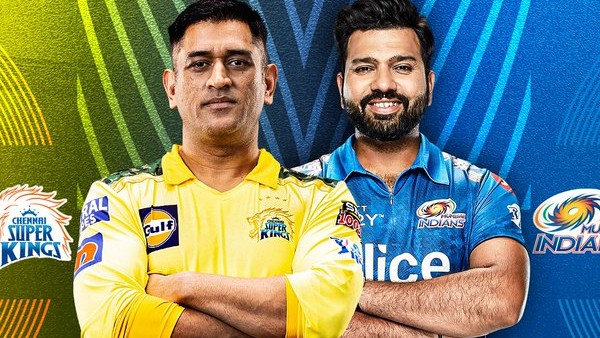 New Delhi.
In the 59th match of the 15th season of the Indian Premier League, Chennai Super Kings and Mumbai Indians team is going to clash for the second time, which is being organized at the Wankhede ground. When the two teams clashed for the first time this season, the fans got to see the vintage Dhoni, who gave his team victory by hitting a four on the last ball, while the Mumbai Indians team this season at their home. Would like to give a gift However, playoff hopes are at stake for CSK’s team in this match, which they need to win at any cost to keep alive.

Talking about the pitch of this match of do or die for CSK, then grass is visible on it, which can be seen to benefit the fast bowlers. In view of this, both the teams would like to bat first after winning the toss in this match so that they can take advantage of the circumstances to win.

Read more: IPL 2022: Now 8 teams will fight for 3 seats in the playoff, know what are the qualification equations

In view of this, when captain Rohit Sharma won the toss, he decided to bowl first. Rohit Sharma said that considering the mood of the pitch, we have taken this decision. Mumbai Indians team has made two changes in their playing 11 to give debutante Tritian Stubbs, who recently made his first-class debut, while Hrithik Shokeen has been given a chance in place of Murugan Ashwin.

Mumbai Indians vice-captain Kieran Pollard’s birthday is today, so the fans expected him to play a great innings and win his team, but the Mumbai Indians team showed him the way out and made Stubbs debut in his place. Rohit Sharma said that we want to try our option keeping in view the future and that is why we have made this change. At the same time, the team of Chennai Super Kings has not made any changes in their playing 11.

Read more: ‘Kohli is now doubting his own ability’, former Pakistan captain told how to get back in form

Know why Brendon McCullum will not be seen in IPL after 15th season, will have to leave KKR’s camp