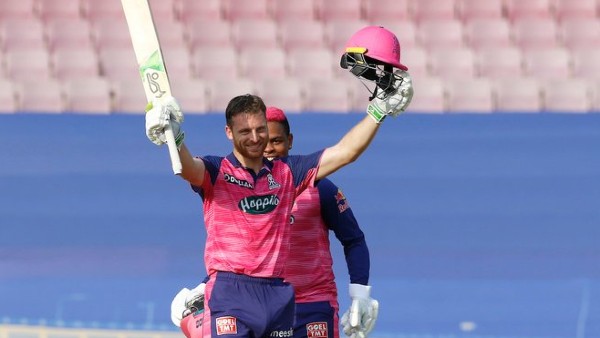 The match changed in the middle overs

Although from here Jos Buttler (100) and Sanju Samson (30) changed gears and added 82 runs in the next 50 balls while batting explosively, then after Samson’s departure, Hetmyer added 53 runs in 24 balls with Butler. Leads his team to a big score. However, in the 19th over, Jasprit Bumrah bowled brilliantly and got his team back and took 3 wickets for just 3 runs. In the last over, Timil Mills also took two wickets for 8 runs.

Butler becomes the second English batsman to do so

Meanwhile, Jos Buttler scored his second century of IPL career in 66 balls with the help of 11 fours and 5 sixes and became the second English player to score two centuries in IPL history. Jos Buttler scored 74 runs in his innings from just 16 boundaries and completed his third century of T20 cricket. The most important thing is that all the three centuries of Butler have come at a strike rate of more than 150. Buttler also played an innings of 124 runs against Sunrisers Hyderabad last season.

Talking about the English batsmen to score a century in the history of IPL, Kevin Pietersen (103 *) scored against Deccan Chargers in 2012 and became the first such player, while Ben Stokes (103 *) against Gujarat Lions in 2017. Had a century. Jonny Bairstow (114) became the third player to score a century against RCB in 2019, while Ben Stokes (107 *) scored a century against Mumbai Indians for the second time in 2020. After this, Butler has done the job of scoring centuries for two consecutive seasons.

Butler became the 7th player to do so

Sam Billings scared of Russell’s explosive innings, ‘Despite being an old horse, caught the best catch’