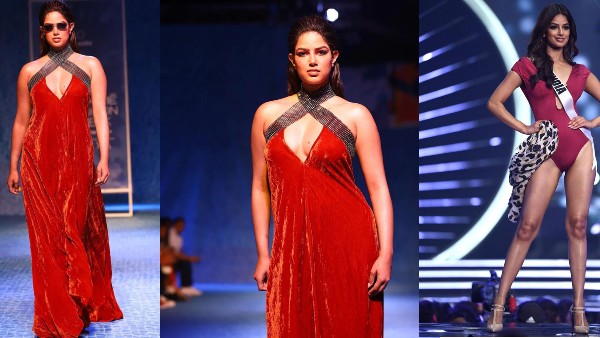 When you see the latest pictures and videos of Harnaaz with old pictures or pictures from the time of Miss Universe pageant, then you can easily guess that she has gained a lot of weight after 3 months of winning the title. People wonder how Miss Universe, who is so dedicated, fitness freak, gained so much weight in such a short span of time. Both his body and face are looking chubby, due to which many people are trolling him.

Harnaaz Sandhu himself has given the reason for the increase in weight, stating the reason for this transformation, after which the trollers’ mouths have been locked. Expressing displeasure over body shaming, in his latest interview, Harnaaz said that I do not mind negative comments or trolling of people. She said that I respect my body. I don’t mind trolling, he said people don’t know I’m allergic to gluten. Due to this gluten allergy, he has gained a lot of weight. His face has also become very fat. Perhaps Harnaaz is also troubled by weight gain due to this allergy.

suffering from this disease

The way Harnaaz has told about his problem, it is clear that he has a problem with Ceilac. Talking about this disease, there is a kind of gluten allergy in it, which is an intestinal disease. Due to this disease, the digestion of gluten in the body is not possible, due to which weight gain starts. People suffering from this disease have trouble absorbing food, vitamins, minerals, due to which they start accumulating as fat in the layer below the skin in the body and the body swells.

Action started against Will Smith, Academy asked to leave after slap scandal

Ban on ‘The Kashmir Files’ lifted in UAE, film to release on April 7 after censor board approval