MNS furious for not removing loudspeakers from mosques in Maharashtra, said this about Sanjay Raut after ultimatum
Advertisement 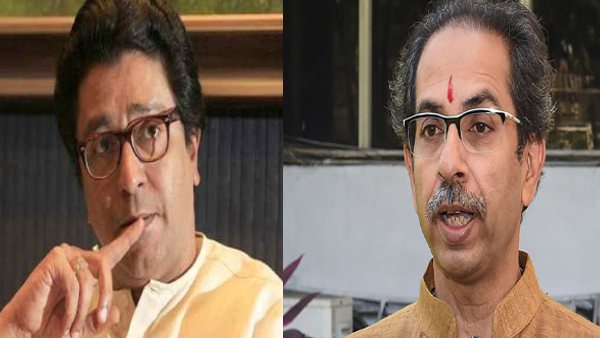 New Delhi, April 16.
The last few days have been going on between Maharashtra Navnirman Sena and Shiv Sena. Now the poster war has started between both the political parties. A poster put up by MNS outside the office of Shiv Sena mouthpiece ‘Saamana’ in Mumbai, has strongly reacted to a statement by Shiv Sena spokesperson Sanjay Raut.

The rhetoric between Maharashtra Navnirman Sena (MNS) and Shiv Sena has intensified regarding Ajan in the mosques of Maharashtra. A poster outside Saamana’s office read in Marathi language that loudspeakers should be removed from mosques. Entire Maharashtra is facing problem because of this, else we will switch off your loudspeaker in MNS style.

At the same time, a letter has also been written on behalf of Maharashtra Navnirman Sena to Union Home Minister Amit Shah regarding this subject. In which there has been a demand to implement the Supreme Court’s order regarding the removal of loudspeakers from mosques at the earliest.

In fact, recently an article was published in Shiv Sena’s mouthpiece Saamana, in which MNS chief Raj Thackeray was described as Owaisi of BJP. The MNS was described as ‘vote katwa’, a vote-cutting party in Maharashtra like Owaisi’s AIMIM in Uttar Pradesh. MNS chief Raj Thackeray has been demanding a ban on loudspeakers at mosques in Maharashtra. He had given an ultimatum to the Maharashtra government to ensure removal of loudspeakers from mosques in the state by May 3. If this does not happen, it will be said from the MNS that loudspeakers with the sound of Hanuman Chalisa have been installed outside the mosques. This was commented on by Sanjay Raut, editor of Saamana. He had said that Raj Thackeray was called BJP’s loudspeaker.

The hard work of the veteran BJP leader turned water, know who is Amar Paswan who defeated

How VIP overshadowed BJP in Bihar, spoiled the entire math of saffron camp on Bochan seat