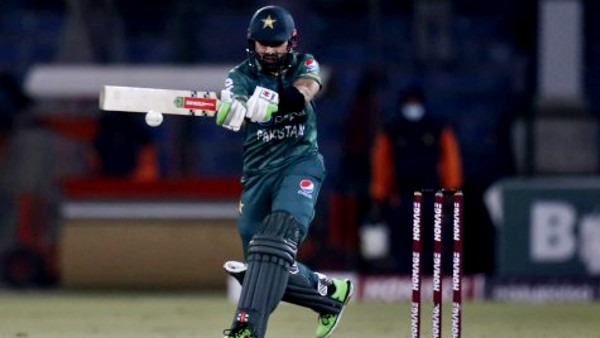 Mohammad Rizwan became the third highest run-scorer of this T20 tournament on the strength of his innings and scored 281 runs in 6 matches. It is noteworthy that before the semi-final match, Rizwan had a chest infection, due to which he had to be admitted to the hospital. PCB doctor Najibullah Soomro recalled the incident and said that Rizwan went through a lot of difficult situations during this entire incident and to save him, the team had to take permission from the ICC to use the banned drug.

Had to take permission from ICC

The condition got serious before the semi-finals

Significantly, before being admitted to the hospital, Mohammad Rizwan was suffering from fever, persistent cough and chest infection for 3-5 days. At the same time, after the tests were done, it was clear that Rizwan was suffering from laryngeal infection, due to which it increased, it also became a problem of oesophageal spasm and bronchospasm. Rizwan is currently playing for the English county Sussex in the County Championship, where he shared a formidable partnership with Indian cricketer Cheteshwar Pujara, scoring 79 runs.

When I got to the hospital I couldn’t breathe

Earlier, while giving information about the seriousness of his illness, Mohammad Rizwan had said that he was not breathing when he reached the hospital.

He said, ‘When I reached the hospital, I was unable to breathe and the nurse told me that my windpipe was completely blocked. He was not telling me anything. I was told that I would be fine by morning and that I would be discharged. In the afternoon I was told that I would be discharged by evening. So I asked one of the nurses present there and he said that if I had been delayed for even 20 minutes in reaching the hospital, then both my respiratory tubes would have burst. I will have to stay there for at least two more nights. The doctor told me that he wants me to play semi-finals for Pakistan but later he said that my condition is not going to play. Because of this, I was shocked, he said if I play then it can be a big problem and there is a risk in it. Luckily my condition started improving and I started playing.

MI vs KKR: Venkatesh Iyer became the troubleshooter in the comeback match, Mumbai broke Kolkata’s back on the strength of Bumrah

Cricketer Vijay Yadav, now fighting for life, has won the match by getting Tendulkar the last over