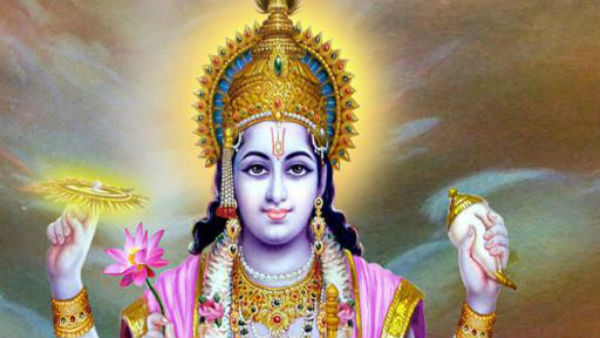 New Delhi, May 10. The Ekadashi date of Shukla Paksha of Vaishakh month is called Mohini Ekadashi. On this day, Lord Shri Hari Vishnu took the form of Mohini to save the nectar urn that came out of the churning of the ocean from the demons. The fast of this Ekadashi destroys all the sins and increases the attraction effect and honor of the person. Mohini Ekadashi fast will be observed on Thursday, 12th May 2022. On this day Ekadashi date will remain till 6.53 pm. As this day is Thursday, unmarried young men and women must observe this fast.

Regarding Mohini Ekadashi, it is said in the Puranas that when there was a dispute between the demons and the gods to get the nectar urn after churning the ocean, Lord Vishnu took the form of a beautiful woman and enchanted the demons and took the nectar urn from them. All the nectar was given to the deities. By drinking the nectar, the gods became immortal. It was the day of Vaishakh Shukla Ekadashi, hence the Mohini form of Lord Vishnu is worshiped on this day.

According to mythology, there was a city named Bhadravati on the banks of river Saraswati. There, a king named Dhrutiman, born in the Chandravansh, used to rule. There lived a Vaishya named Dhanpal in the same city who was living a happy and prosperous life. He was always absorbed in the devotion of Lord Vishnu while doing virtuous deeds. He had five sons. Sumana, Dyutimaan, Meritorious, Sukrit and smart-witted. The intellect was always involved in bad deeds, gambling, stealing etc. He used to spend his father’s money on dancers and prostitutes. One day his father could not bear all this and being disturbed, threw him out of the house, the intellect started wandering here and there. Distraught with hunger and thirst, he reached the ashram of Maharishi Kaundinya. Going to the Maharishi, he said in a bind – God have mercy on me. Tell me some way by which I can get rid of my sins. Sage Kaundinya told him the way to observe Mohini Ekadashi fast which falls in the Shukla Paksha of Vaishakh month. Dhrishtabuddhi fasted on Mohini Ekadashi according to the method prescribed by the sage and was freed from his sins.

On the day of Ekadashi, wake up before sunrise and take a bath after retiring from daily activities. Use the paste of Kush and Til for bathing. After taking bath, wearing clean clothes should worship Lord Vishnu according to the law. Light a lamp of ghee in front of the idol of Lord Vishnu and again take the vow of fasting. Worship the Kalash by tying a red cloth on a Kalash. After this place the idol of Vishnu on it. Clean the idol with bath and put on new clothes. Decorate Lord Vishnu with various colored flowers. Again do aarti with incense, lamp and offer sweets and fruits. In the night, chant the bhajans of God. On the second day, break the fast after Brahmin food and charity.

The coming of Ekadashi on Thursday is important for those people who are unmarried or who are facing obstacles in getting married. On this Ekadashi day, unmarried young men and women keep a fast and adorn Lord Vishnu with yellow flowers and offer yellow sweets as naivedya. This removes the obstacle of early marriage. On this Ekadashi day, after worshiping the banana tree, bring its root out and at home clean it with Ganga water, raw milk and worship it with turmeric. This leads to early marriage.