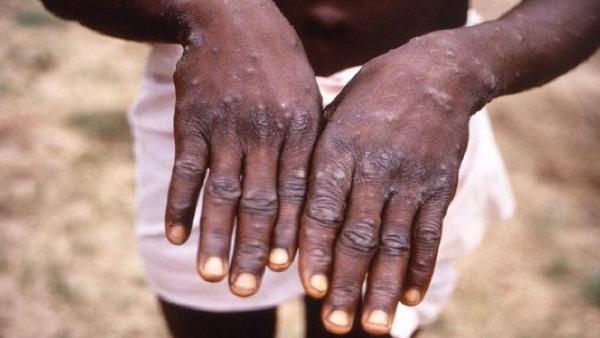 New Delhi, May 28: After corona infection, now the risk of monkey pox is increasing all over the world. In view of the increasing case, the government has also become alert. Meanwhile, Chennai-based medical equipment company Trivitron Healthcare has got a big success. He claims to have developed an RT-PCR-based kit to detect the monkeypox virus. This will make it easier to test infected patients. This will help to know who is infected and who is not.

The company has said that the four-colour fluorescence-based kit can differentiate between smallpox and monkeypox in a one-tube single reaction format. Also said that the test takes about an hour to detect the virus (if present). In a statement issued on Friday, Trivitron Healthcare said that both the dry swab and the swab kept in VTM (viral transport media) can be used.

need to take the right measures

The World Health Organization said on Friday that more than 200 confirmed or suspected cases of monkeypox have been reported from 20 countries, including Europe, the Middle East and North America. In the press briefing, WHO also said that it fears community spread of the virus. Sylvie Bryand, the WHO’s director for preparedness for global infectious threats, said the disease is currently “adjusting” if the right measures are taken.

Not a single case of monkey pox has been reported in India.

WHO officials said mass vaccination against monkeypox virus is not needed at this time, but vaccination is available for people who have had close contact with infected people. Meanwhile, the Indian Council of Medical Research (ICMR) said that no case of monkeypox has been reported in India so far. However, the government is prepared for the possibility, especially since cases are rising globally.

spread by animals such as rats and rabbits

At the same time, the Central Government has given instructions to all the states for special monitoring of travelers coming from abroad. The Central Government has instructed the Health Department to monitor the situation of monkeypox. Monkey pox virus mainly spreads from animals like rats and rabbits, this virus spreads rapidly from animals to humans. The disease is spread through the untouchability of an infected patient and the use of bedding and clothing used by him. Even if a monkey pox infected animal bites a person, the chances of getting infected increase.

Symptoms of Monkey Pox Disease
If a person becomes infected with monkeypox disease, then he starts showing symptoms in 5 to 10 days, in which he starts showing symptoms like fever, body pain and vomiting-diarrhoea. Along with this, small grains also start rising on the body of the infected person, which look like boils and pimples. Also, after a few days, they end up forming a crust.

ways to prevent monkeypox
Monkey pox disease can be avoided by taking precautions and safety. Where the symptoms of monkey pox are seen, immediately give the sample to the doctor for examination, as well as start treatment after taking proper consultation from the doctor. At present, the work of making monkeypox vaccine and medicine is going on in full swing, but till then precaution and safety is the main weapon to avoid this disease.

Preparations for major changes in army recruitment, four years of contract service, then 25% will be confirmed – report