Monsoon 2022: Monsoon is coming from May 15 this year, it will rain here before Kerala
Advertisement 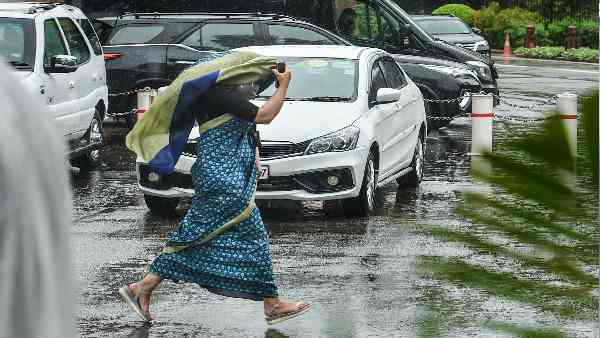 Monsoon is coming from May 15 this year

The Meteorological Office said on Thursday that the southwest monsoon is going to arrive ahead of time this year and it is likely that the first showers of monsoon will start in Andaman and Nicobar Islands from May 15. In a statement issued by the Indian Meteorological Department on Thursday, New Delhi said, ‘Around 15 May, the southwest monsoon is likely to advance into south Andaman Sea and adjoining southeast Bay of Bengal.’ Meteorologists say that detailed forecasts have consistently pointed towards favorable conditions for early onset of monsoon over Kerala and its northward movement.

Rain forecast for the next five days

For the past fortnight, much of the country has been forced to bear very high temperatures and there is certainly a chance for people to rejoice with the early arrival of monsoon. By the way, the normal date of onset of monsoon in Kerala is 1 June. But, this time it has already been expected to reach there on May 26. It has been told by the Meteorological Office that there is a possibility of widespread to light and moderate rain in the next five days in Andaman and Nicobar Islands. Heavy rain may also occur at isolated places in this island group between May 14 and 16. During this, strong winds with a speed of 40 to 50 and 60 km are possible over South Andaman Sea on May 15 and 16.

Pre-monsoon rains will occur in these areas of the country

Apart from this, the Meteorological Department has also expressed the possibility of widespread to light and moderate rain for the next 5 days in the northeastern region of the country. Pre-monsoon heavy to very heavy rains may occur over Assam and Meghalaya between May 12 and 16. Heavy to very heavy rain may occur in Arunachal Pradesh between May 13 and 16. Whereas, widespread but light rain is expected over Kerala, Mahe and Lakshadweep for the next five days.

Pre-monsoon rains at these places

Similarly, scattered rain is very likely to occur at isolated places over Telangana, northern interior parts of Karnataka and Tamil Nadu, Puducherry and Karaikal for five days. On the other hand, scattered light to moderate rains are expected over Coastal and South Karnataka and Tamil Nadu between May 12 and 14. On the other hand, due to the effect of cyclone, pre-monsoon rains have been predicted in Madhya Pradesh from 16th.

Where does monsoon come from?

India is an agricultural country and its Kharif crop is largely dependent on monsoon. Anyway, 70% of the rainfall in the country is dependent on the Southwest Monsoon. It begins with the arrival of monsoon winds generally from the Indian Ocean and hits the coast of Kerala on 1 June and gradually splits into two parts covering the entire year of India. One part rising from the Bay of Bengal first collides with the Himalayas and starts monsoon rains in the North-East. The second part, rising from the Arabian Sea, supplies rain to the Western Ghats and beyond Maharashtra to Gujarat and Rajasthan. The monsoon rising from the northeast brings rain in the capital Delhi, whose normal date is June 29. Usually by the end of June and the beginning of July, monsoon clouds cover the skies all over India. The Southwest Monsoon lasts from September-October in India. (Photos – Indicative)

Born in a slum of Mumbai, flowers sold at traffic signals, now got this offer from America, read the story of Sarita Mali