Mother's love: A woman became a man for her daughter for 36 years, no one knew, now the reason given
Advertisement 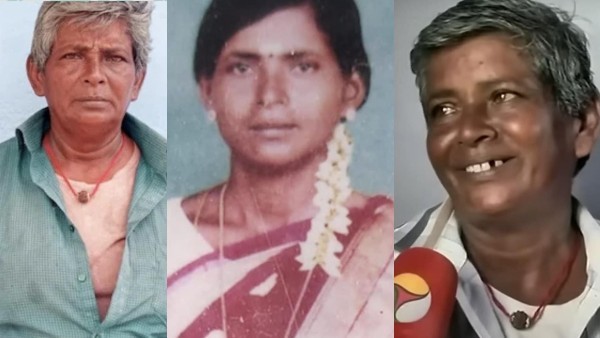 worked in many places

According to the report of The New Indian Express, a woman from Tamil Nadu was living as a man for the last 36 years and no one even came to know. He took this step only to keep his daughter safe. With this unusual sacrifice, she also worked in hotels, tea shops, buildings under construction, etc., but no one knew that she was a woman.

According to the report, when S. Pechiammal was 20 years old, her husband passed away. She was pregnant at that time. After the arrival of his daughter, he felt threatened by the strict, traditional environment of the village and decided to move away. From there she reached Tiruchendur Murugan Temple and got her hair cut. After this he named himself ‘Muthu’.

Talking to the newspaper, Pechiammal said that she had settled in Kattunayakkanpatti 20 years ago. Only his daughter knew that she was a woman. During this time he did many things like painter, tea shop etc. His only motive was to save as much money as possible and give a secure life to the daughter. After a few days, the name Muthu became his identity. He got Aadhaar, Voter ID etc. made with the same name.

do not want to be a woman again

According to the woman, now her daughter is married, but she is not ready to become a woman again. They feel that it is right to live with that identity which gave their daughter a secure life.

20 years of ISB: PM Modi said – India is the fastest growing economy in the group of G-20 countries

After being released from jail, Rajiv Gandhi assassination convict Perarivalan said – I am free now, let me breathe