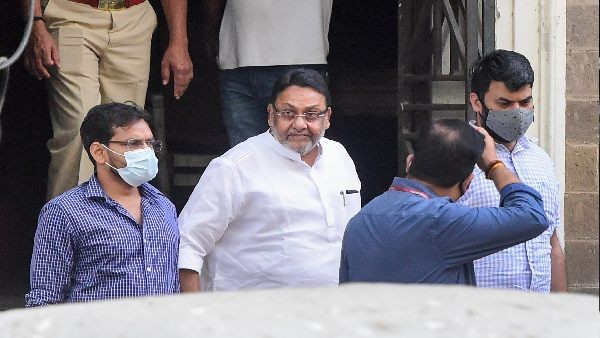 Nawab Malik, a minister in the Maharashtra state government, is accused of involvement in the Mumbai money laundering case and misappropriation of terrorism funds. Along with this, Minister Malik is also accused of being associated with the land deal of underworld don Dawood Ibrahim. The Enforcement Directorate (ED) is probing the matter.

The Mumbai High Court has given its verdict after the interim petition of cabinet minister Nawab Malik was rejected after being named in the Rs 100 crore Mumbai money laundering case. On the demand of ED, the court has extended the judicial custody of the cabinet minister till April 4. The court has also allowed them to be provided with a bed, mattress and chair while in judicial custody.

Wires are connected to Dawood

National Communist Party (NCP) leader and cabinet minister of Maharashtra is an accused in the Mumbai Money Laundering Case of Rs 100 crore. Actually, he had sought bail from the court through an interim petition, which was rejected by the court. This was opposed by the ED. The court had said that there are many such subjects in the petition which have not been discussed so far. The date of hearing of the petition will be fixed later. Maharashtra government’s cabinet minister and NCP leader Nawab Malik is accused of being associated with the real estate business of underworld don Dawood Ibrahim. After his arrest in the case, the court sent him to judicial custody. Nawab Malik is accused of being involved in a deal related to Dawood Ibrahim’s land.

How much property does Nawab Malik have?
Nawab Malik, a cabinet minister in the Maharashtra government, has mentioned his assets in his affidavit submitted to the Election Commission. According to Malik’s affidavit, he has movable assets worth Rs 37,07,396. Apart from this, he has immovable property of about Rs 1,14,00,716 in Mumbai with ancestral land and a flat. The Maharashtra government has strongly criticized the action against Nawab Malik. In Maharashtra, NCP chief Sharad Pawar has accused the central government of misusing the central investigative agencies.

877 infants and 61 pregnant women died in Meghalaya during the Kovid epidemic, the state government submitted the report

Cyclone Asani Impact: Mercury reaches 40 in Churu, ‘Loo’ will not work in Delhi