Mumtaz opened the secret about her love, said this on her husband's extra-marital affair
Advertisement 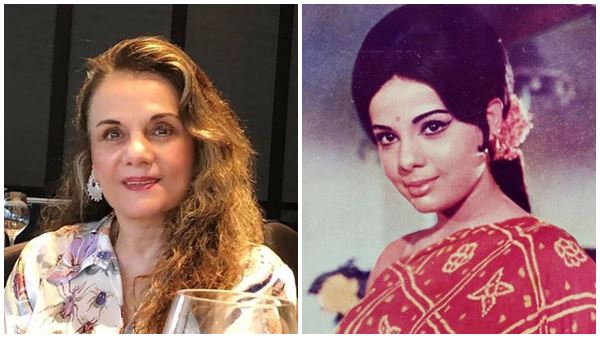 First film at the age of 11

Mumtaz, who started her acting career at the young age of 11 with the film Sone Ki Chidiya in 1958, emerged as a big star, earning a lot of fame from the toy film. Mumtaz did many hit films with Rajesh Khanna. Rajesh and Mumtaz were a popular onscreen couple. Mumtaz, who gave many hits in the 60s and 70s, returned to the screen with ‘Aandhiyan’ in 1990 after a break of 13 years, but quit acting after that.

Mumtaz said – I loved her very much

When Mumtaz was 17 and Shammi Kapoor was 18, Shammi Kapoor proposed to Mumtaz but due to the early phase of her career, Mumtaz refused to marry. At the same time, when asked in the interview whether she regretted separating from Shammi Kapoor, the actress said, ‘Yes, I was definitely sorry, I used to love him very much. I was sure that he also loved me very much. I still feel bad that I could not marry him. Mumtaz also said that at that time she was too young to get married.

Mumtaz disclosed this about her husband’s extra marital affair

Mumtaz married businessman Mayur Madhvani in 1974. When asked about the rumors of her husband’s affair, Mumtaz said in a recent interview to Pinkvilla, “It is quite common for men to have affairs from the back door. My husband had no one… except one. I respect him because he himself told me about it.

He liked a girl in the US

Mumtaz said that he had admitted that he liked a girl in the US. He was born and grew up in America. But he insisted, ‘Mumtaz, you are my wife. I love you and will always love you. I will never leave you . Mumtaz said that the problem arose because I was a bit stubborn (stubborn), a little naughty. But today, it is a forgotten story.

I am lucky that my husband still loves me very much

Mumtaz further said when you are among the thorns and someone comes with you rose, you get deluded. But it was nothing serious. It was just a temporary face, which soon came to an end. I am lucky that my husband still loves me very much. Even if I get a little sick, a commotion ensues.

She also got into another relationship

This is not the first time that Mumtaz has spoken on this issue, Mumtaz had earlier said in an interview to the media that her husband was having an affair with another woman soon after her marriage. She said that soon, she also got into another relationship and this only added to the problems. In early May, Mumtaz had to be admitted to the hospital, where she had to stay for seven days and was on a drip for a whole week.

Producer told when KGF-3 will be released, want to make film like Marvel Studios