Munawwar Farooqui's luck shines in Kangana's Lock Up, got a big offer
Advertisement 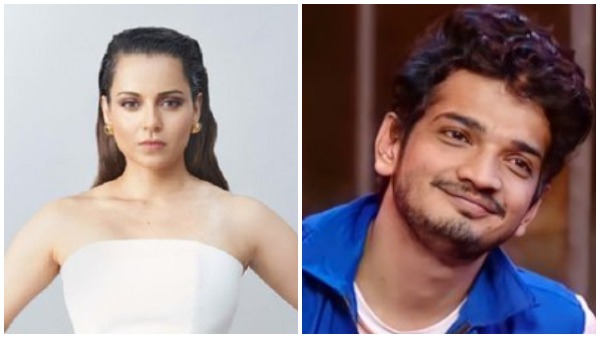 Entertainment web site Bollywoodlife has written in its reports that ‘Lock Up’ contestant Munawwar Farooqui has got a chance in Rohit Shetty’s show. Rohit Shetty will host ‘Khatron Ke Khiladi 12’. The production team has taken the initiative to sign Munavvar as a contestant for the show, though Manuvar hasn’t confirmed anything about the show yet. Let us tell you that the popularity of Munawwar Farooqui is increasing after Kangana became a part of the show.

Comedian Munawwar Farooqui is performing well in Lock Up so far. During a task, he had revealed his secrets and told that he is already married. At the same time, he also mentioned the incident of suicide of his mother. Hearing Munavvar’s secret, even Kangana could not stop herself and tears started flowing from her eyes. Munavvar is showing his different forms in the show. She is Safi close to the contestant of the show Anjali.

If reports are to be believed, the team of Khatron Ke Khiladi has offered Munawar to be a part of the show in view of his growing popularity. Apart from Munavvar, another contestant of the show Chetna Pandey is also being approached. However, he too has not given his consent yet.

These celebs can be competitors

Let us tell you that the shooting of ‘Khatron Ke Khiladi Season 12’ will start in May 2022. This time too the shooting of the show will be done in South Africa. There are reports of many strong players joining the show. Celebs like Prateek Sahajpal, Pavitra Punia, Nishant Bhatt, Shivangi Joshi, who have been a part of Bigg Boss show, can be a part of this show.

Akshay Kumar apologizes to fans in midnight for advertising tobacco company, separates himself from Ed