N Biren Singh will be the CM of Manipur for the second time in a row, swearing-in ceremony will be held at 3 pm
Advertisement 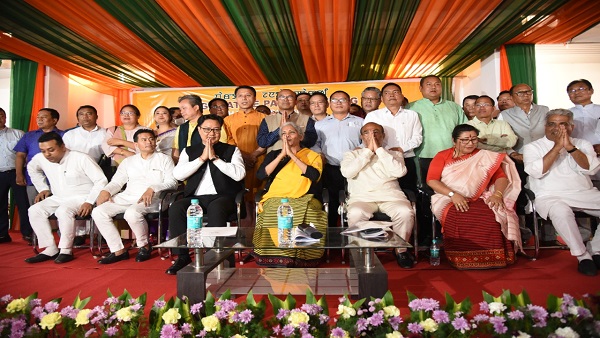 N Biren Singh is going to take oath as the Chief Minister of the state for the second consecutive time today. N Biren Singh thanked the party for once again reposing confidence in the central leadership. He tweeted and said that the trust that the Bharatiya Janata Party has reposed in me cannot be expressed in words. I will try to keep the philosophical values ​​of Prime Minister Narendra Modi ahead, fulfill the aspirations of the people of the state.

Let us inform that N Biren Singh started his career as a football player, after which he joined the Border Security Force. Later after leaving BSF, Biren Singh got into journalism. He started the newspaper Nahrolgi Thadang in 1992 and was its editor till 2001. In 2002, Biren Singh entered politics and contested for the first time from Heingang assembly seat in Manipur. In 2007, he won here on a Congress ticket, later in 2017 he joined the BJP and became the Chief Minister of the state.

Ghulam Nabi Azad can retire from politics, said this thing