Nagma's pain spilled over being cut off Rajya Sabha ticket from Congress, said - am I less qualified
Advertisement 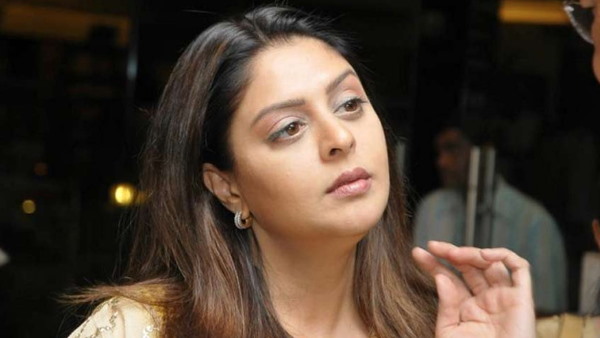 ‘I’m asking myself, am I less qualified?’

Nagma tweeted, “Sonia ji our Congress President personally promised to send me to Rajya Sabha in 2003/04, when I joined Congress party at his behest, we were not in power. . It’s been 18 years since then. While Imran Pratapgarhi is being sent to Rajya Sabha from Maharashtra by the party. I’m asking myself, am I less qualified?

Earlier, Congress spokesperson Pawan Khera had expressed his disappointment by tweeting. He wrote while tweeting that there must have been some deficiency in my penance. Retweeting this tweet of Pawan Khera, Nagma wrote, “Our 18 years of penance fell short in front of Imran Bhai.” On Monday morning, Pawan Khera tweeted and wrote, “I was recognized by Congress Is. I agree with my point of view and also stand by it.

The Congress party on Sunday announced the names of 10 candidates from seven states for the June 10 Rajya Sabha elections. The names of many prominent leaders are missing from the list, raising voices of discontent in the party. Randeep Singh Surjewala, Mukul Wasnik and Pramod Tiwari have been made candidates from Rajasthan. These three leaders are not from Rajasthan.

PM Modi released the facility of ‘PM Cares for Children’, know the stipend and how much money you will get

How the artists of Northeast India, once called Chinese, are writing their own story in Bollywood