Name plate worth lakhs missing outside Shahrukh Khan's bungalow 'Mannat', is this the reason?
Advertisement 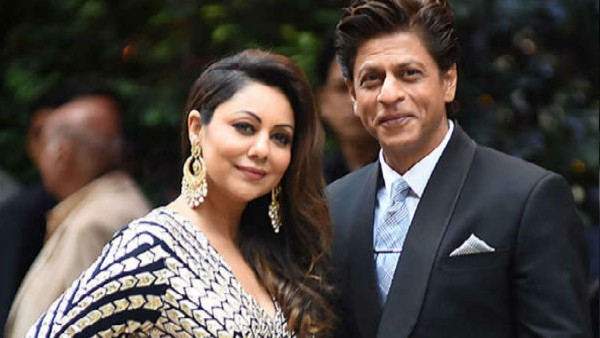 It is often seen that a lot of fans come outside Shahrukh Khan’s house and everyone has one thing in common. Fans click pictures with Mannat’s famous name plate outside their luxurious Bandra bungalow. Recently a fancy new name plate was installed which reportedly cost Rs 25 lakh. While the fans are still coming outside the bungalow for a picture but the name plate has disappeared.

According to a news portal, a diamond had fallen off the expensive name plate and hence it was taken down for repair work. A plate named ‘Mannat’ is lying in the house and will be restored soon.

On Friday, Shah Rukh Khan’s elder son Aryan Khan was given a clean chit by the Narcotics Control Bureau in the drug on cruise case. He was in custody for 26 days in October last year.

Aryan was not named in the chargesheet due to ‘lack of evidence’. Welcoming the same, senior advocate Sandeep Kapoor, who was part of Shah Rukh Khan’s legal team, told BT, “This is what we have argued from day one that Aryan is absolutely innocent and there was no evidence against him. And nothing was found.

on that. We are relieved that truth has prevailed. And we are happy for Shah Rukh Khan and his family.” Shahrukh Khan is busy with his film Dunki Aur Pathan.

Kangana Ranaut’s big flop, only 20 tickets sold in the country, no buyers on OTT!