Nawazuddin Siddiqui traveled in Mumbai local train, the person sitting nearby had no idea, video
Advertisement 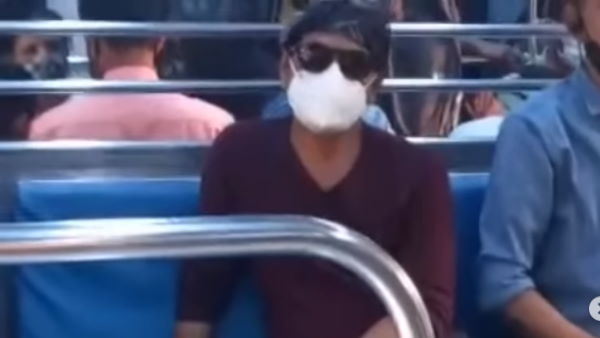 Video being seen on social media

Nawazuddin Siddiqui’s video is becoming very viral on social media, in which he is seen traveling by local train in Mumbai. He is wearing a mask, so he reached his destination by sitting in a Mumbai local and no one even recognized him.

Mumbai local caught due to traffic

Will be seen in Heropanti 2

Nawazuddin Siddiqui will soon be seen in the film ‘Heropanti 2. Recently the trailer of this film has come, which has also been liked a lot. Apart from this, he is also working in films like ‘Tiku Weds Sheru’, ‘Bole Chudiyan’, ‘Jogira Sara Ra Ra’. Nawaz, who has worked in films like Kahaani, Gangs of Wasseypur, Manto, Raees, Manjhi – The Mountainman, The Lunch Box, Badlapur, Bajangi Bhaijaan, Kick and Paan Singh Tomar, was last seen in ‘Serious Man’.